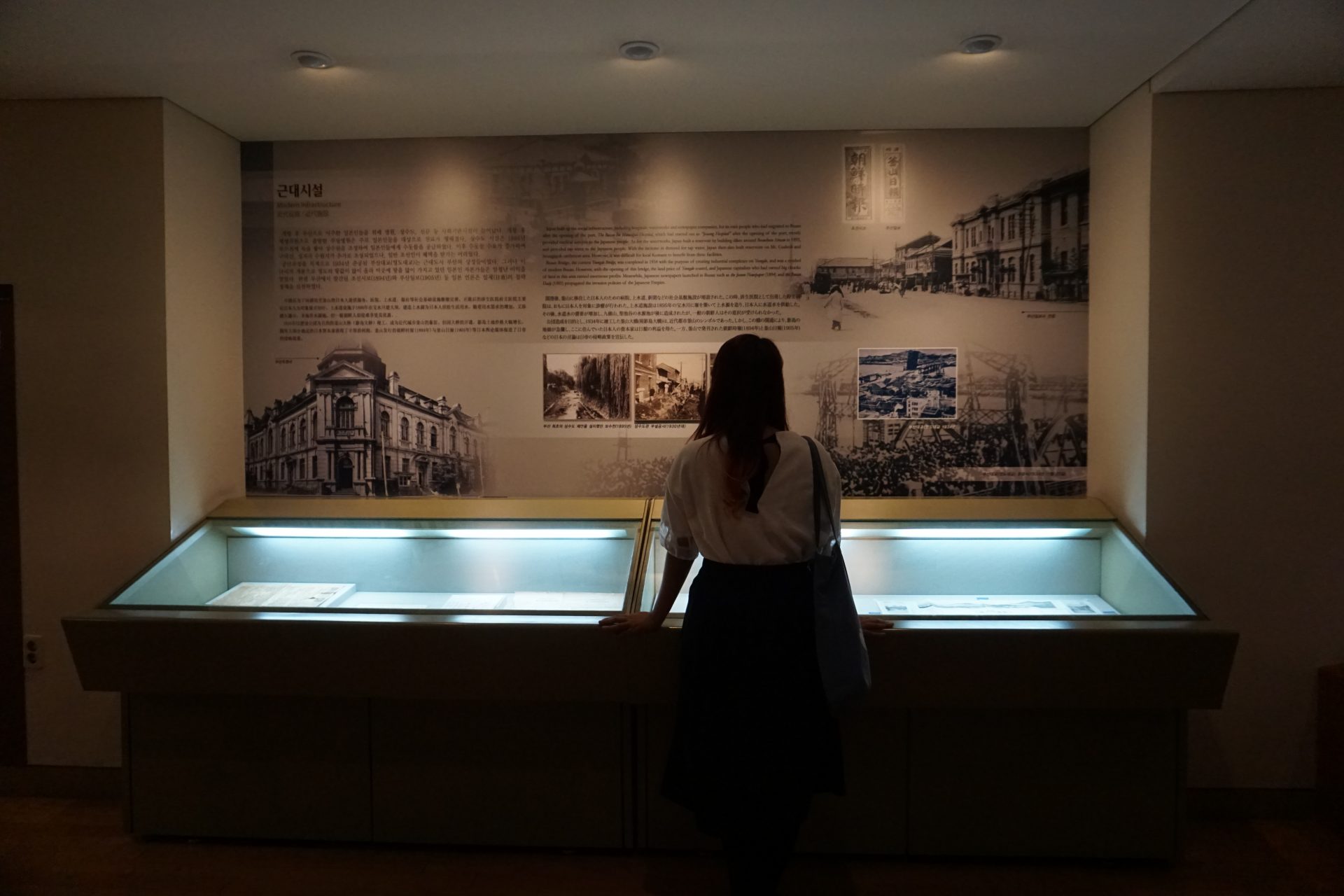 Busan, Korea’s second largest city next Seoul, played an important role in the country’s struggle for independence. In the 19th century, many of its citizens including students, laborers and entertainers alike, participated in the movement to resist the Imperial Japan. With the outbreak of the Korean War, Busan became a city of refugees and the last stronghold of national power. It’s because Busan was once Korea’s provisional capital. Despite of that, the city and its people emerged stronger from it and has become a major contributor in Korea’s economy. If you want to know more about Busan’s history, make sure to visit Busan Modern History Museum. It is located few-minute walk from the Busan Tower.

The Japanese occupation is a painful history for Korea and the Busan Modern History Museum preserves and tells stories about it. As a matter of fact, the building where it stands was built in 1929 during Japanese occupation period. It was first used as Busan branch of Dongyang-Cheocksik Co., LTD to exploit Korea. Then it became Busan Culture Center of American Oversea Bureau of Public Information in 1949 after liberation. After collective efforts of Busan citizens, the building was returned to the city of Busan and was made into Busan Modern History Hall 2003.

The Busan Modern History Museum lets people understand and remember the modern and contemporary history of Busan through its relics and exhibits related to the city. The admission is FREE thus, it is more accessible to those interested to learn about Busan’s history. The museum consists of the 1st and 2nd Exhibition Halls and the Modern Street in Busan.

The 1st Exhibition Hall shows the historical timeline of Busan, from the opening of its port in 1876 to modernization through the Japanese occupation. Japanese merchants came over to Busan to sell Japanese industrial products to Joseon market and to take the rice back from Joseon. Then during the occupation, Japanese government made Busan into a modern city with an infra-structure needed for invasion of the continent. They exploited the materials and labor needed for the war from Busan citizens. Wanting to invade the continent, the Imperial Japan developed and used Busan as its stepping stone. Therefore, many infrastructures were developed such as port, warehouse, transportation, hospital, and more.

On the other hand, the 2nd Exhibition Hall displays the Oriental Development Company and the history of the Korea–US relations. The Oriental Development Company was established to ensure rice supply from Joseon to save Japanese farmers while exploiting the Joseon farmers. While Korea and America initiated official relations with Joseon-America Treaty of Commerce and Navigation. America has influenced Korea as in many ways in the country’s reconstruction and revival during and after the liberation.

The Modern Street in Busan is a reproduction of the Daecheong-dong street during the Japanese occupation. It was then the center of Busan and Japanese settlement. The street has many financial institutions and commercial places such as bank, hospitals, breweries, furniture stores, Japanese bakeries, rice mill, publishing company, and more. Japanese who mostly owned and operated such stores and many facilities were exclusive for Japanese only.