Over the past two years, Buddha’s Birthday celebrations were canceled due to the pandemic. However, this year most celebrations are scheduled to return to South Korea. Buddha’s Birthday is one of South Korea’s biggest holidays. The holiday celebrates the birth of Siddhartha Gautama, the founder of Buddhism. Every year the holiday is held on the eighth day of the fourth month of the Lunar calendar. This year (2022) it will be celebrated on May 8th.

History of Buddha’s Birthday in Korea

Buddha’s Birthday has long been celebrated in South Korea as Buddhism has historically been a major religion in South Korea. However, the official state religion during the Joseon dynasty was Confucianism so, it was not a national holiday.

It was not until 1975 that South Korea recognized it as a national holiday. However, its designation as a national holiday met criticism in 2012 during a movement to de-nationalize religious holidays. Currently, South Korea recognizes Buddha’s Birthday as an alternative holiday. Other alternative holidays are Gregorian New Year’s, Memorial Day, and Christmas.

This year, both Christmas and Buddha’s Birthday land on weekends. As a result, companies will have to choose between the two. However, if individuals would like to take time off during one of the alternative holidays they can use their personal vacation days.

How to Celebrate Buddha’s Birthday

Buddha’s birthday falls on the 8th day of the fourth month of the Lunar New Year. Typically, the holiday is in late April or early May.

The most popular method of celebration is to visit one of the many temples in the country. Most temples host lantern festivals and other cultural events including cooking classes, wish ceremonies, and lantern making. And, you don’t need to be Buddhist to participate.

In Seoul, there are several Buddhist temples that host Buddha’s Birthday celebrations. Among them, two stand out as the most famous and most frequented: Bongeunsa and Jogyesa. 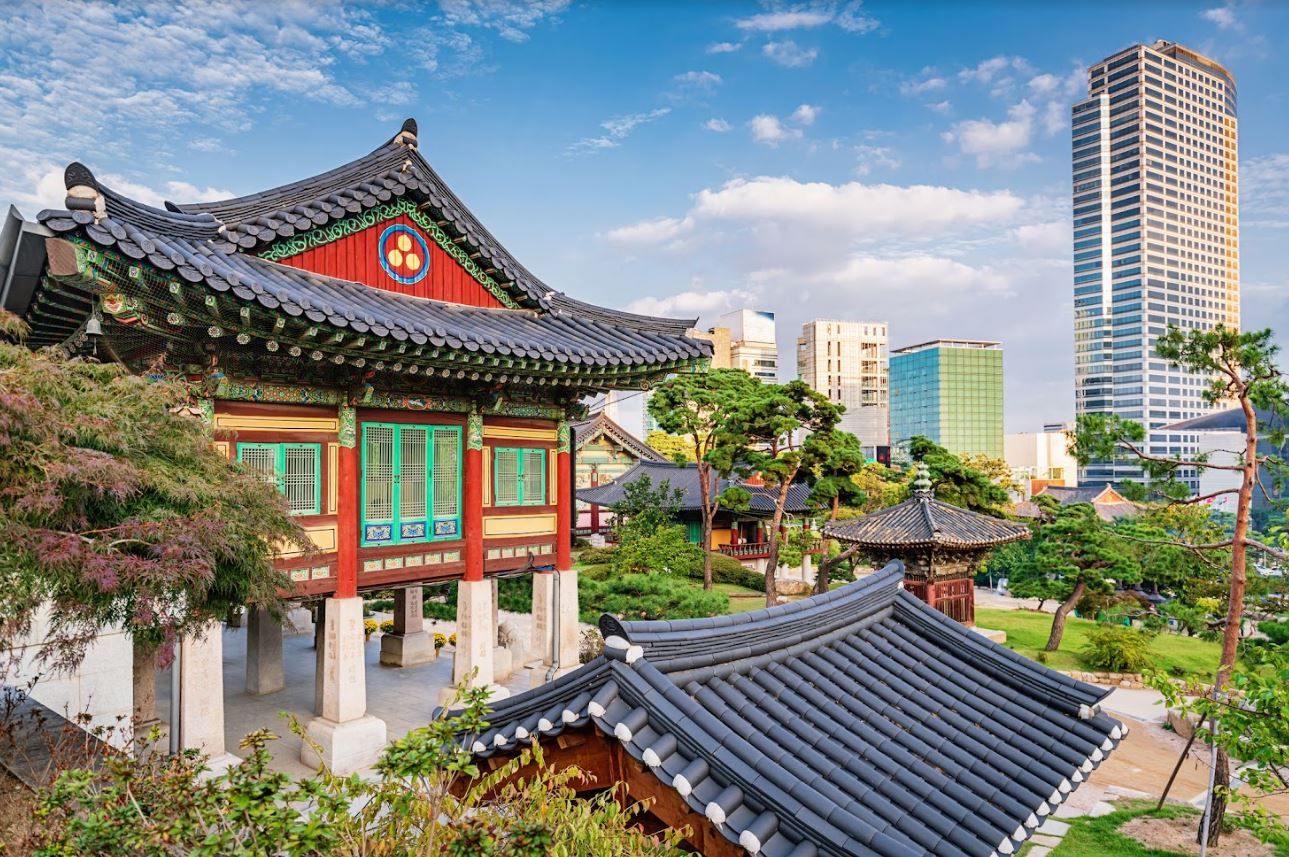 Bongeunsa Temple is located in the heart of Seoul’s Gangnam district, across the street from the COEX mall. The temple was originally built in 794 under King Weongeong and was reconstructed in 1498 under Queen Jeonghyeon.

While it was originally built in a rural area, as most temples are, the city grew up around the place. And so, it offers some of the most unique views among temples in Korea. The ancient structures and nature filled temple grounds are surrounded by skyscrapers.

For Buddha’s Birthday, the temple will hold special events on Saturday (5/7) and Sunday (5/8). On Saturday, events will begin at 1:30PM and on Sunday, they will begin at 7:30. They will focus on traditional Korean and Buddhist music this year. 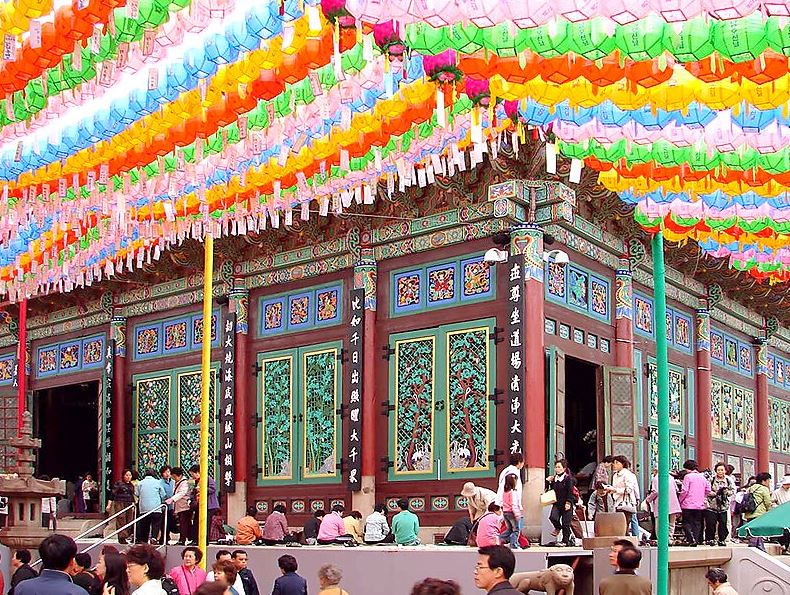 Jogyesa is located in the center of Seoul’s Jongno district. It was first built in the 1300s, but was completely destroyed and had to be rebuilt in 1910. Currently this is the head temple of the Jogye order (Korean Buddhism society).

As South Korea’s head temple, they go all out for Buddha’s Birthday. They will host a lantern festival and have a schedule of events lined up.

Public events will begin at 10AM with a traditional Buddha’s Birthday ceremony. Then, at 2PM a’But-da(Swell) Busking’ event will be held showcasing various performances. At 6PM a memorial service will be held for Buddhism’s founder. Finally, at 7PM traditional Buddhist musicians will perform. 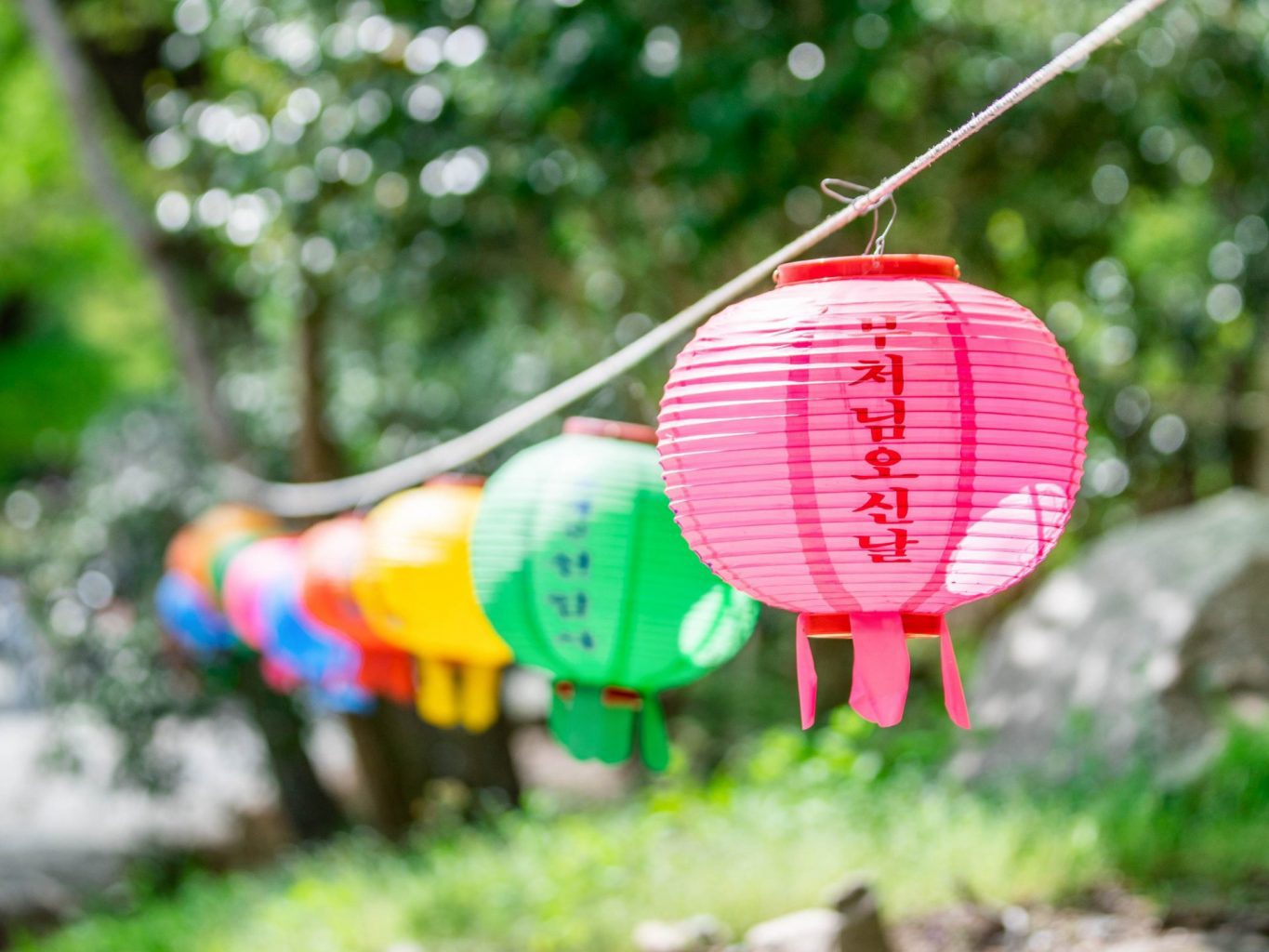 The Lotus Lantern Festival is a time for bright and colorful paper lanterns to decorate the streets of Korea. During the first week of May, you will be able to see the lanterns decorating streets, parks, and many other tourist attractions in the South Korea’s cities. Here in Seoul, you can find major streets ligned with paper lanters. Plus, the Cheongyecheon stream near the palace will have floating lantern sculptures on display.

Traditionally, lanterns are made with Hanji, a thin paper that symbolizes the wisdom of the month and the warmth of the heart, as well as its diffusion throughout the world.

In South Korea, Buddha’s Birthday is an inclusionary holiday. Although it is a religious holiday, it is also largely a celebration of Korean traditional culture. They don’t try to pressure you to convert to their religion or anything like that. No matter what your religion is, you can visit a temple and participate in holiday activities.

Click Here to read about Buddha’s Birthday celebrations before the pandemic.

Places to go in Seongsudong, Seoul (성...
From Seoul to Gangchon and Chuncheon
Cafes, a unique experience only Seoul...
Apple Pay in Korea: December Launch?
How to get to accommodations from Inc...
3 Websites to Book Tours in South Kor...
Gyeongbokgung Palace- Feel the Korean...
Myeongdong Christmas Festival
Total
0
Shares
Share 0
Tweet 0