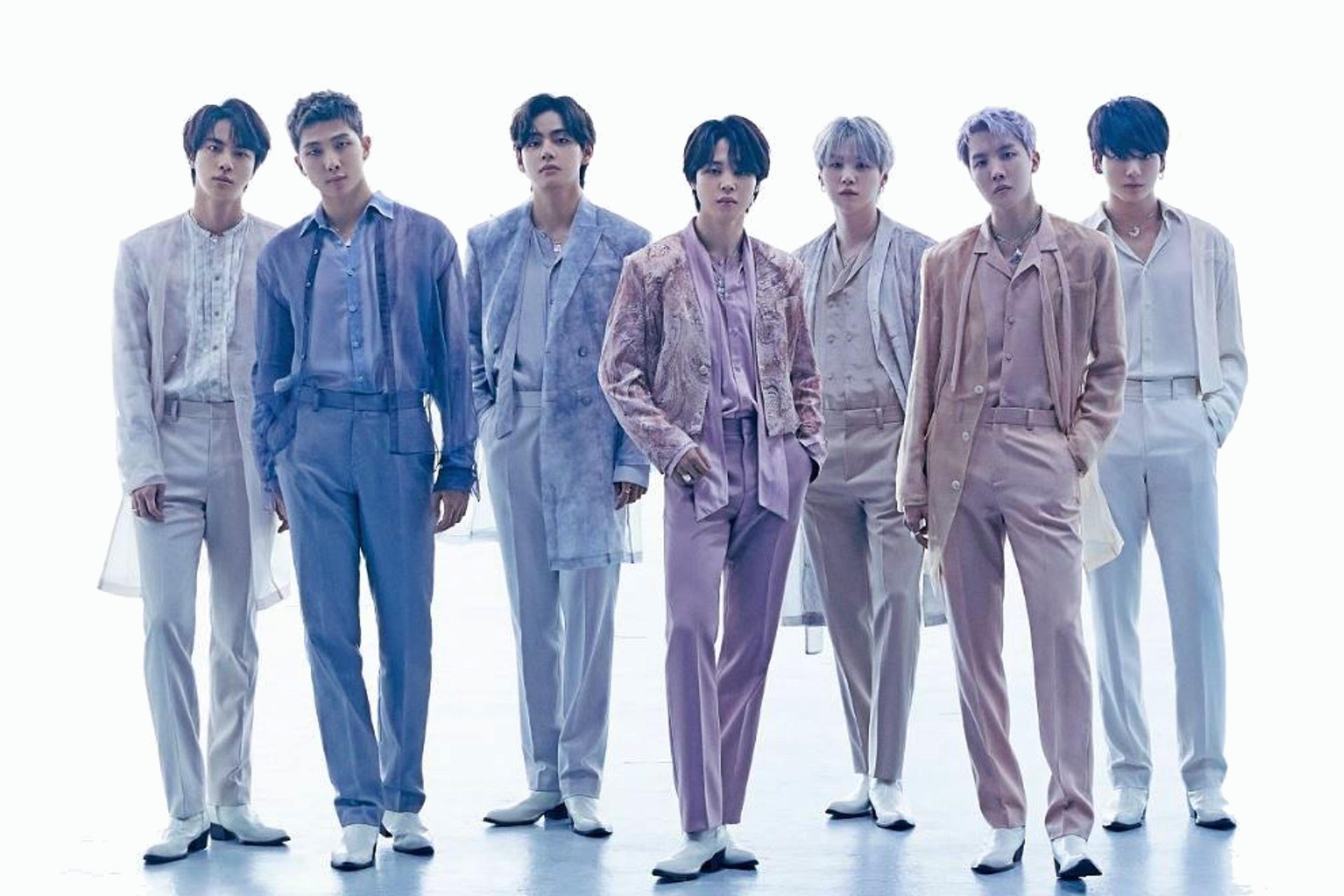 How to Get Tickets to BTS Yet to Come in Busan

We all know how popular BTS is, and their group’s upcoming activities even further promote their reputation and contribution to the Korean nation. On October 15, you can see BTS in Busan!

Due to the change of venue to Busan Asiad Main Stadium, the ticketing information has changed!!

For the latest official guidelines on getting tickets to BTS Yet to Come in Busan, Click Here.
(https://koreabyme.com/bts-concert-coming-soon-in-busan-2022/) 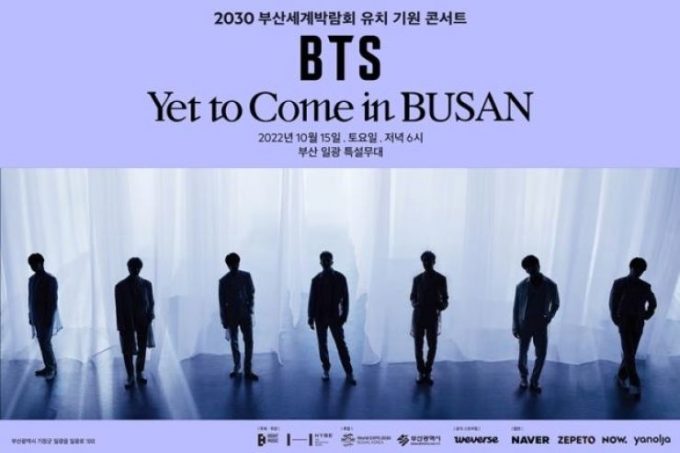 Last month, BTS members are honored to be appointed as public relations ambassadors for Busan’s Expo bid. According to the KoreaTimes, the members of this famous boy group said that they would try their best to help the city successfully host the Expo. Also, BTS also wanted to promote Korea’s nature and culture to people around the world. After all, no one can deny, that BTS did an amazing job in bringing K-pop to the international stage and are a huge success. Their music and activities not only promote K-pop but also helps Korea to have a better online presence across different social media platforms.

It is ironic that the appointment of BTS as Expo bid ambassador was made about a month after the boy band announced that all seven members would halt activities as a group and instead focus on individual activities. Apparently, when this announcement came out, the majority of the fan base was sad. However, this appointment is a life-saver for any fan out there who desperately wants to see the whole group working together before going their separate ways.

According to KoreaTimes, BTS’s special concert will be set up near Busan’s Ilgwang Beach on October 15th at 6 PM KST. Moreover, their representative, Big Hit Music, confirmed that the “BTS Yet to Come in Busan” will be held for an audience of 100,000. This is a big movement from the group as this show is to support Busan’s bid to host the World Expo 2030. Since the “BTS Permission to Dance on Stage” at the Olympic Stadium in Jamsil last March, this is the first time for the seven talented singers to perform a concert in Korea.

This event will be more likely to go big and open for international fans as besides the 100,000 fans that can attend the concert initially. The fans who fail to buy a slot will have a chance to watch them through live broadcast.

Plus, a live broadcast will be played at the outdoor parking lot of the international passenger terminal at Busan Port. They predict to have about another 10,000 people attend this live broadcast. Moreover, it is most likely that the concert of BTS will also be live streamed on Weverse and the metaverse platform Zepeto. However, this will only be for the fan community on those aforementioned digital platforms.

How to Get Tickets for BTS Yet to Come

Those who are registered fan club members, ARMY Membership, have the opportunity to purchase tickets to BTS Yet to Come before the general public.

Then from September 7(4 PM KST), until September 8 (3:59 PM KST) winners of the lotto will be announced and verified. Then, tickets will be distributed.

For those who register for the lotto but don’t win, you can purchase tickets on Interpark beginning September 19 at 10 AM KST.

Tickets for the general public will be sold from September 19 (8 PM KST) until October 14 (3:59 KST) on InterPark.

For more detailed information on ticketing for BTS Yet to Come, Click Here.

If you weren’t able to get the seats you wanted, don’t worry, you might still have a chance. InterPark has a few secret features that let you buy ‘Sold Out’ tickets. Click Here to learn more! 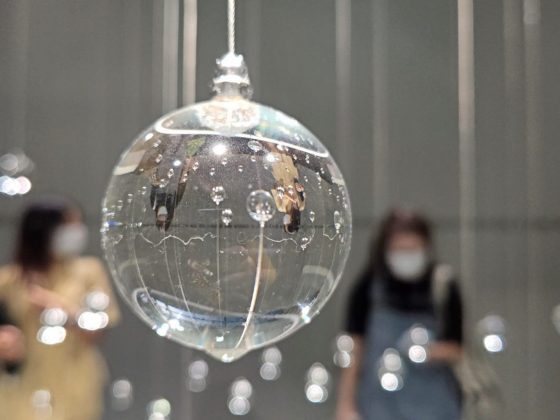 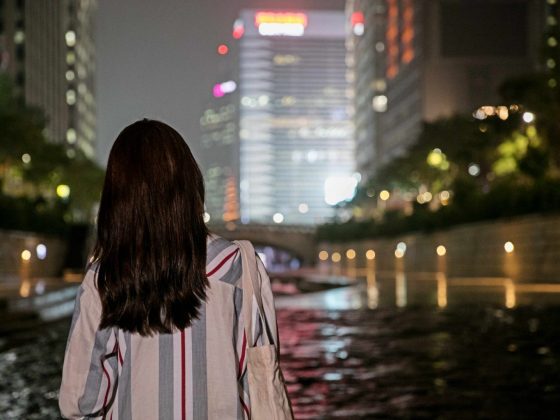 Nightlife for Introverts in Korea 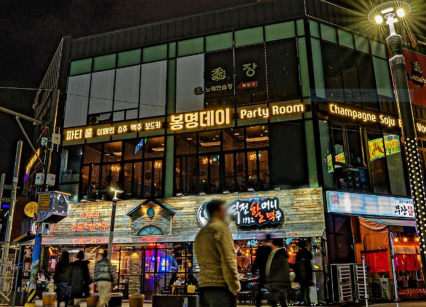 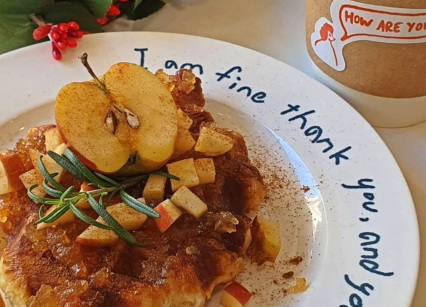 How Are You? Café by Day, Bar at Night 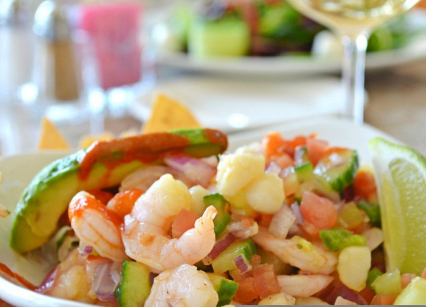