BTS has risen to such stardom that every place they visit becomes a tourist destination. The beautiful countryside village of Yangpyeong is no different. Featured in BTS’s Seasons Greetings, BTS Tour Yangpyeong is quickly becoming a go-to destination for lovers of the outdoors. If you are traveling to Korea, be sure to stop by YangPyeong for a breath of fresh air. 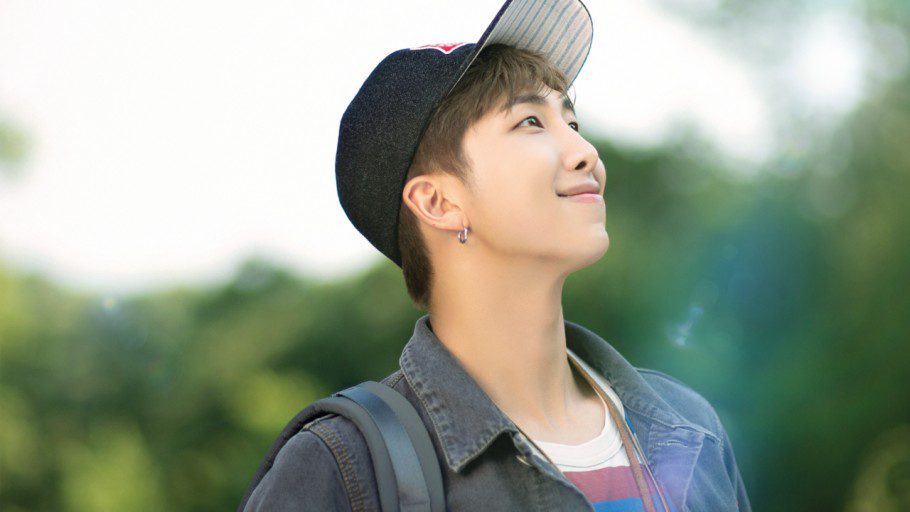 BTS fans in Korea have tons of opportunities to follow in their biases’ footsteps. The fandom has so much power that travel agencies and various local governments have scrambled to make their own BTS tour packages, including many unknown villages in Korea’s countryside. Normally, transportation to these locations isn’t very convenient. However, BTS tour packages have allowed a multitude of hidden gems to become accessible. Army or not, I say join the tour! It will save you time and money as well as allow you to experience all sides of Korea.

In this post, I will talk about my own experiences on the BTS Tour in Yangpyeong. Yangpyeong is located in the countryside just outside of Seoul. It is famous for its beautiful scenery. BTS filmed Season Greetings for both 2019 and 2021 in the area. There are two main locations that we visited on our tour, Seohuri Forest and Gudun Station.

The first spot on our BTS Tour Yangpyeong was the Seohuri Forest area of Yangpyeong you can find many resorts and villas where Kpop idols regularly go for vacation. It’s easy to see why. The forest is beautiful. It is a must-see destination for any tree-hugger. The forest is home to pines, maples, metasequoias, gingkos, and even white birches! This forest was a well-kept local secret before 2018 when BTS used this spot as the shooting location for their Season Greetings. Now, many international visitors can be seen wandering around the forest. 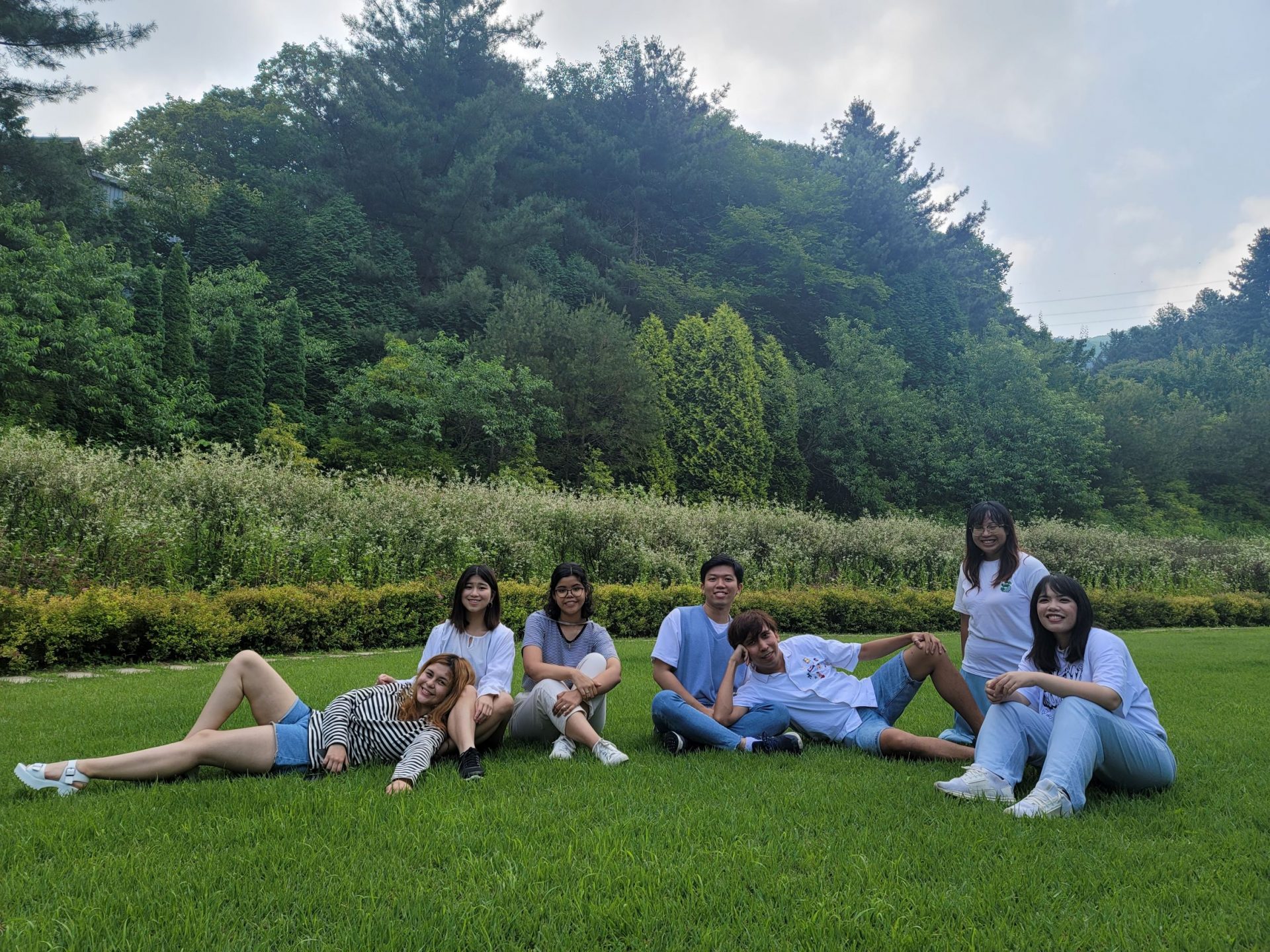 Seohuri Forest is open all year round, except December and Wednesdays. There is a small admission fee (KRW 7,000 for adults; KRW 5,000 for senior citizens and children under 8 years old). Due to the forest being quite vast, I suggest you arrive in the morning (it opens at 9 AM). That way, you can explore the entire place.

When I arrived, I honestly thought it would be like Seoul Forest (aka flatlands). However, this forest was full of hiking trails! Additionally, it was also larger than I had expected. When you first enter the forest, you will notice that management has kept this forest as natural as possible. They did not have a wooden trail, present in other forests I have been to in Korea. So, we had no choice but to walk on the rocky forest path. Some paths are led uphill on steep narrow paths and that was even scarier because of the recent rain. Please keep in mind that you should wear proper clothes and shoes if you visit.

Take note, you can ask for a map at the entrance. The map has different courses you can take to hike around the forest. They offer both Course A and Course B. Each of the courses also has BTS’ photo spots. Some of the photo spots are at the actual filming locations that appeared in BTS’s photoshoots, so people can easily re-create their own images. Even though I’m not such a big fan, I thought it was fun and gave it a shot with my friends. 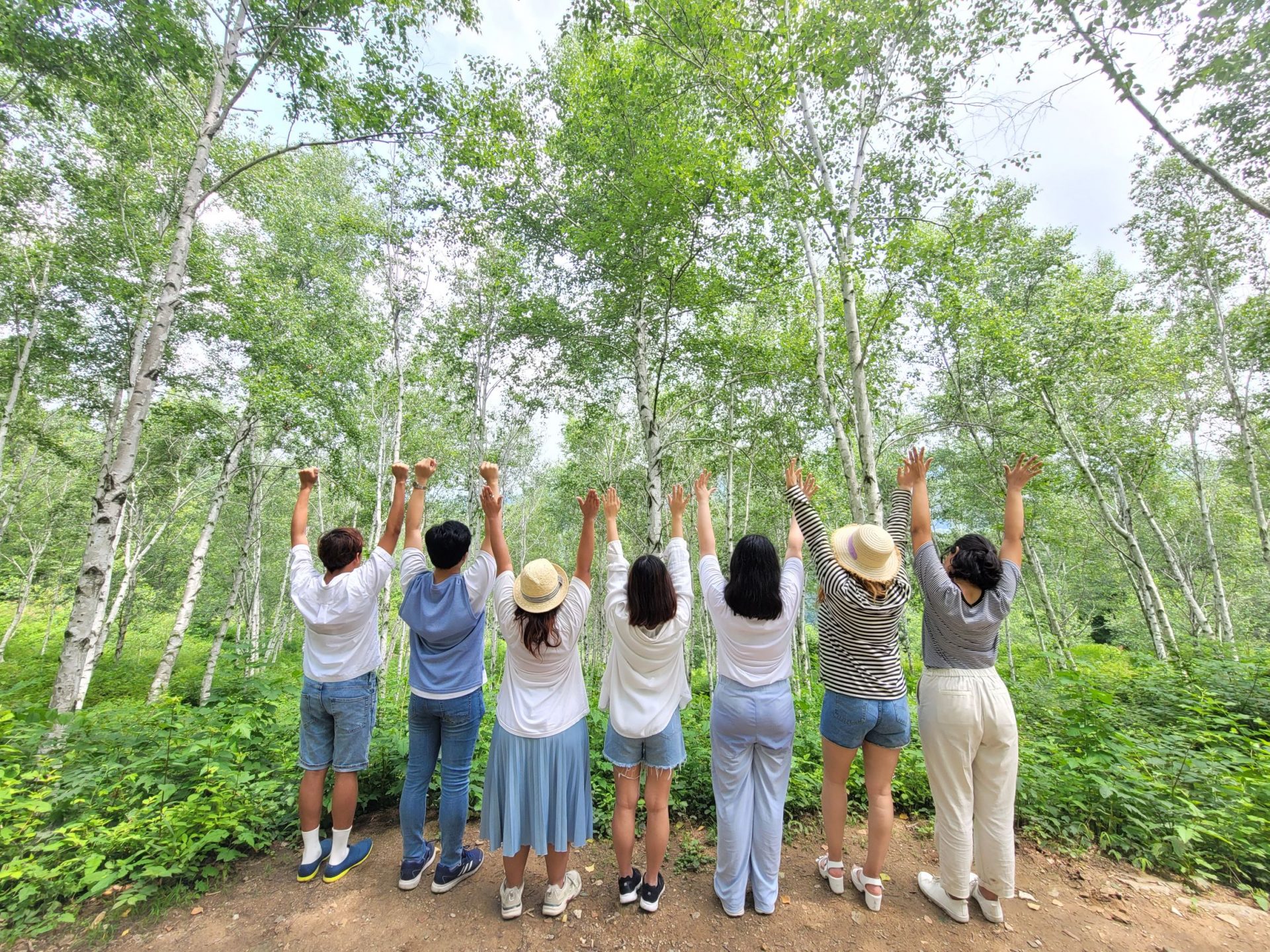 My favorite spot in the forest was the white birch trees. White birch trees grow extra tall in regions with cold winters, so these were some of the largest, healthiest birch trees I’d ever seen. Out of all the spots we passed, it turns out that my favorite was also where BTS took their photos! What great tastes they have!

The second spot we visited in Yangpyeong was Gudun Station. This station is currently decommissioned. Instead of bulldozing it or letting it rot, the local government repurposed the building into a tourist destination and filming location. Many Korean movie classics were filmed there. For example, Beautiful Love, Wonderful Life (2019); Still 17 (2018); The Great Seducer (2018); Shark (2013) were all filled at this scenic abandoned station. 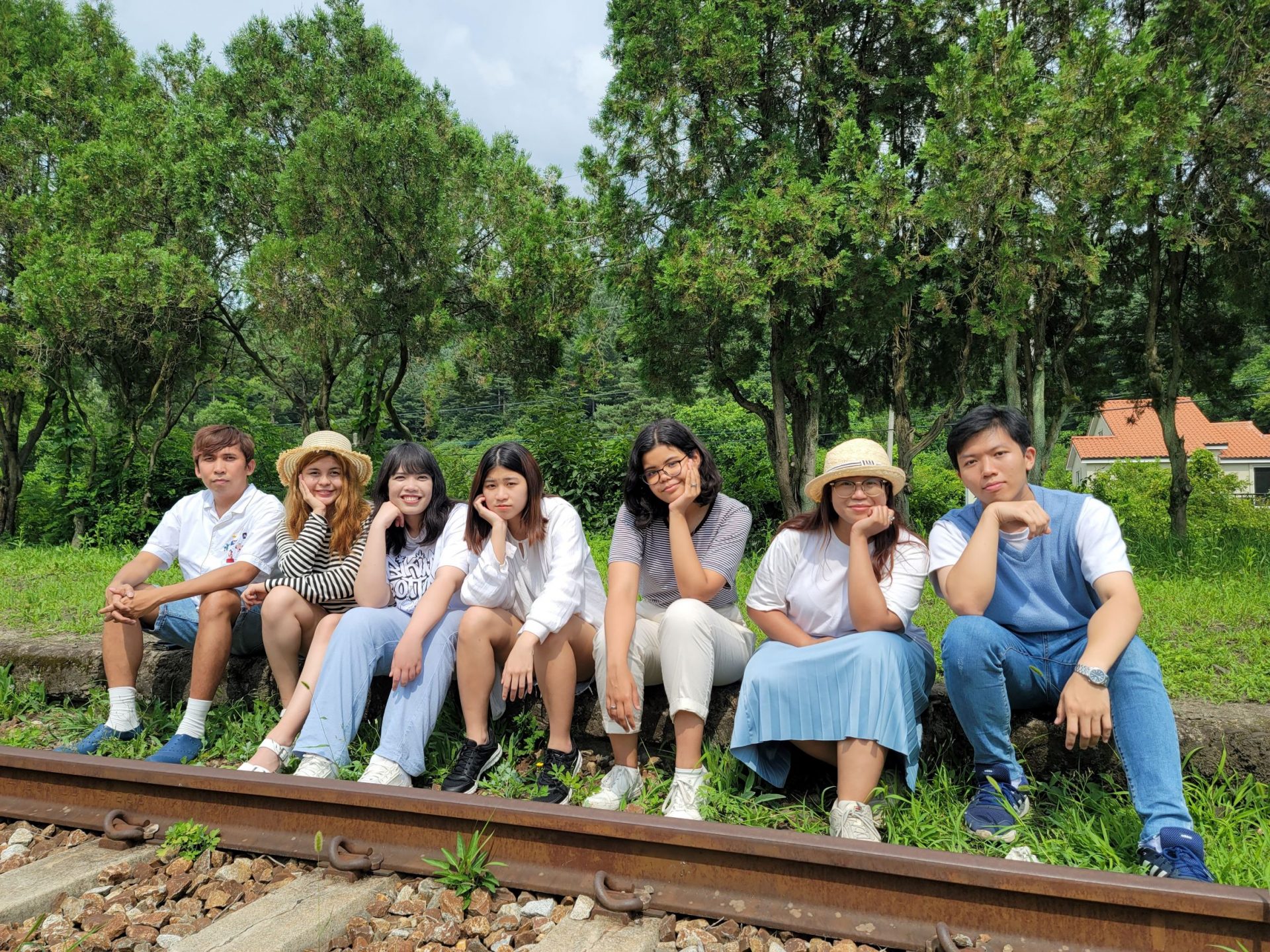 Gudun station was previously part of the Jungang Line, opened in 1940. Being one of the oldest stations in Korea, it became registered as a national heritage site in 2006. This is one of the main things I really like about Korea, they don’t just demolish their old buildings. Instead, they repurpose historical buildings into something else, preserving the historical beauty of the country. Too bad, unlike Najeon Station in Gangwondo, which was converted into a destination café, there really isn’t much to do at this station.

BTS did the photoshoot at the station for their 2021 Season Greetings. Similar to Seohuri Forest, my friends and I had to do our own version of their photoshoot. In summer, wild dandelions grow around the abandoned tracks making it a lovely spot to walk around. Unfortunately, I couldn’t do much exploring due to time constraints. However, you can walk along the old rail line for quite a long distance. You can also find one lone locomotive along the tracks where we can take photos.

Overall, I think both places are best visited through the BTS Tour. There is no public transportation in the area and activities in the area are limited. Going with a group made the experience one to remember.

There are BTS tours avalible all over Korea. To read more about the Healing BTS Tour of Wanju, >>Click Here<< 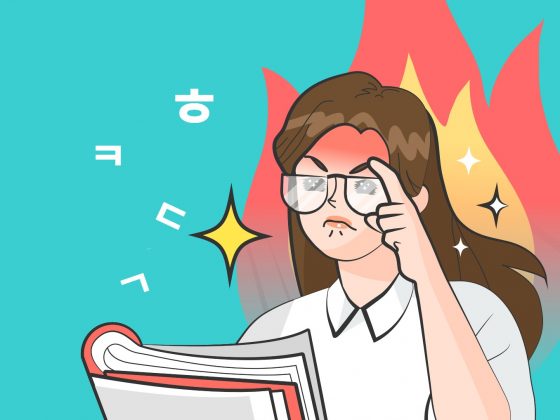 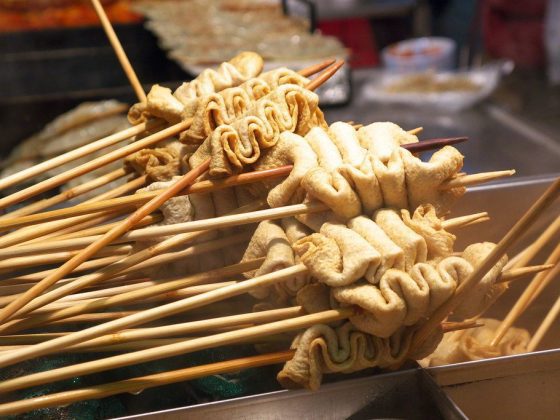 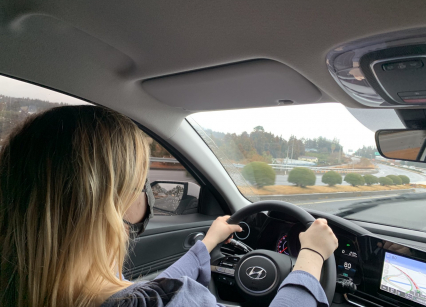 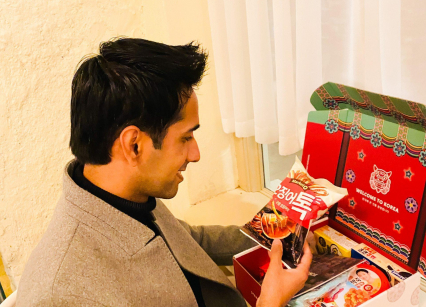 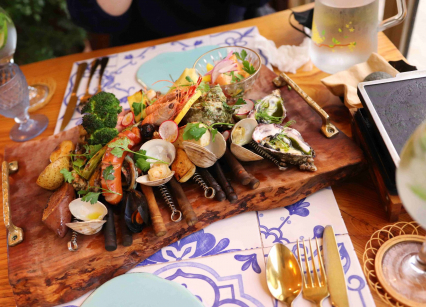 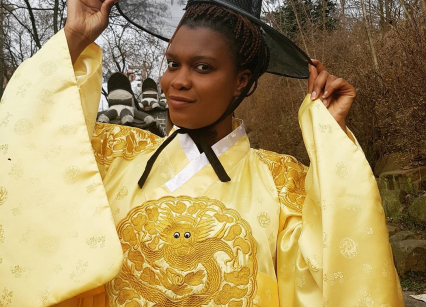 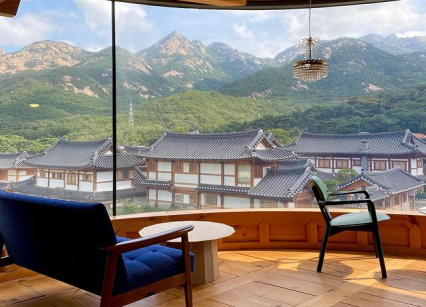 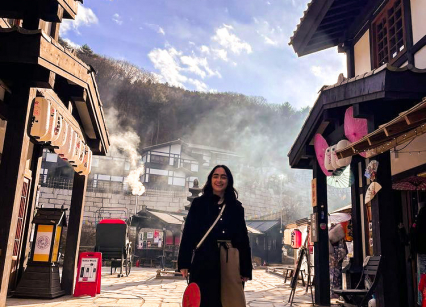