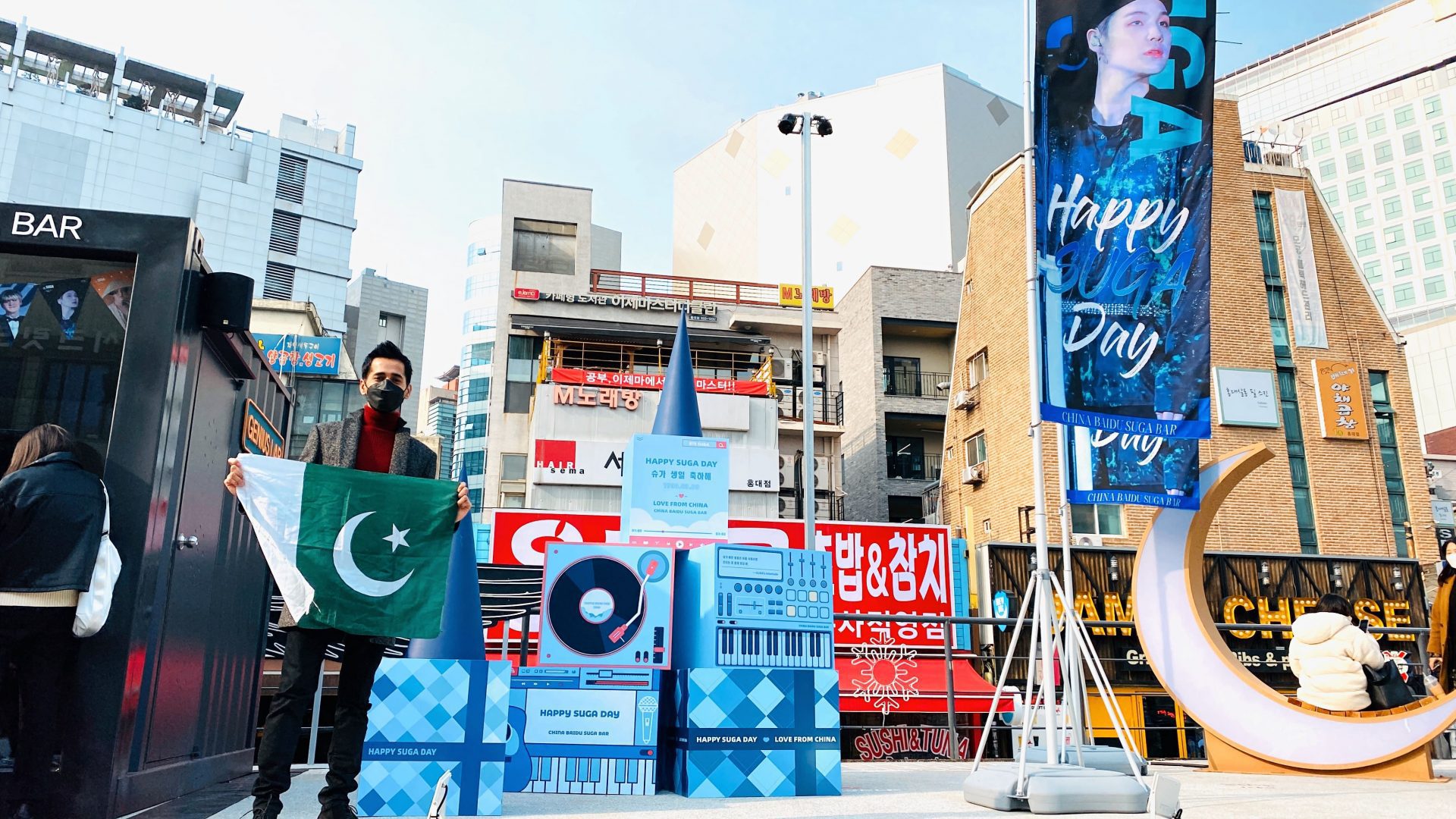 For all ARMYs, BTS idol birthdays are special days. From charity events to art exhibitions, fans do multiple things to honor their idols. BTS Suga birthday celebrations are particularly exciting in Seoul as fans go all out.

Suga, aka Min Yoon-gi, has his birthday on March 9th. In 2020, ARMYs organized multiple large-scale projects and fan events.

For example, Olive Young (a Korean video franchise) collaborated with ARMYs, playing fan-edited videos of Suga in over 1200 of its stores in Korea.

This year was no exception. There were multiple BTS Suga birthday events in Seoul, both large and small.

If you’re interested in BTS Suga birthday celebrations, here’s what fans did in Seoul this year:

As such, the China Baidu Suga Bar holds large-scale events for Suga’s birthday every year. For this year, they launched Suga’s Genius Lab (pictured above).

This was their eighth birthday project for Suga.

The ‘Genius Lab’ was an outdoor Suga-themed exhibition on Hongdae Main Street. It was one of the largest BTS birthday exhibitions to date.

Besides the Genius Lab, there were ‘Happy Suga Day’ posters and decor (shown below). It was an amazing display for taking pictures.

The organizers encouraged ARMYs to visit and upload videos/pictures of the display on social media.

The balloon was launched at Seoul Marina Club & Yacht. It was pretty exciting as you could see it from all over the city.

If you don’t know, Lotte World is a major recreation center in Seoul. It has the world’s largest indoor theme park. However, it also has movie theaters, luxury hotels, shopping malls, and sports facilities.

Like every year, Lotte World had its Magic Circle LED Screen event, displaying Suga’s face on giant LED screens throughout the park.

The park does this to attract BTS fans.

However, Suga is the only artist to ever feature on the park’s huge video LED screens. This makes his birthday celebrations even more special.

Usually, these displays last a few days, ending on 13th or 14th March. Therefore, there may still be time for you to check them out.

Lotte World is located in Seoul’s Songpa-gu district. You can find it at 240 Olympic-ro, Jamsil-dong.

All over the world, ARMYs celebrate BTS idols’ birthdays with charitable initiatives. From donation drives to social justice activism, ARMYs do loads of good work in the name of their idols.

Suga’s birthday is no exception. In 2021, Suga donated 100M won to children with cancer for his birthday.

Apart from this, fans organized many other initiatives as well. Blood drives and tree plantations are just two examples.

If you want to participate in any charity initiative, check out the official Twitter pages of BTS’ Korea fanbase.

Now, even non-ARMYs living in Seoul know when a BTS idols’ birthday is coming up.

From subway stations to billboards, they’re everywhere. After the Philippines, South Korea has the largest BTS fanbase.

Even more than that, BTS has become a national treasure since its debut, representing South Korea on a global level.

Therefore, it makes sense that the country celebrates the idols on such a large scale.

So, don’t worry if you didn’t have time to visit Suga’s birthday events. You can take pictures next to these birthday posters and billboards.

BTS Suga birthday celebrations, in particular, are unique and enjoyable. Therefore, if you’re an ARMY living in Seoul, you should definitely check these celebrations out.

If you’re visiting Seoul for the first time, you should also check out Seoul’s Harry Potter Theme Cafe. It’s pretty famous among Harry Potter fans for its ambiance and wizard-themed food.

Moreover, first-time Seoul visitors should also know their Korean name. Check out this quick guide on Korean names to find yours. 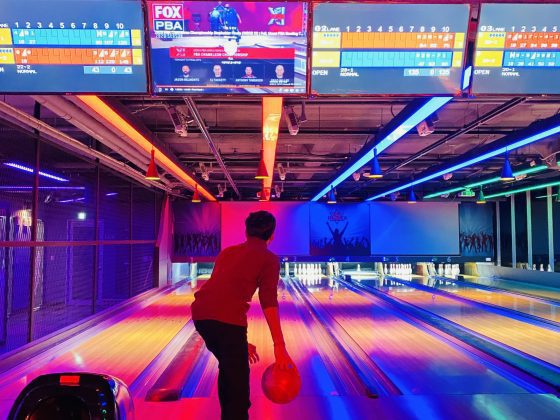 Looking for a cool bowling alley in Seoul? Check out Insta Bowling Pub! 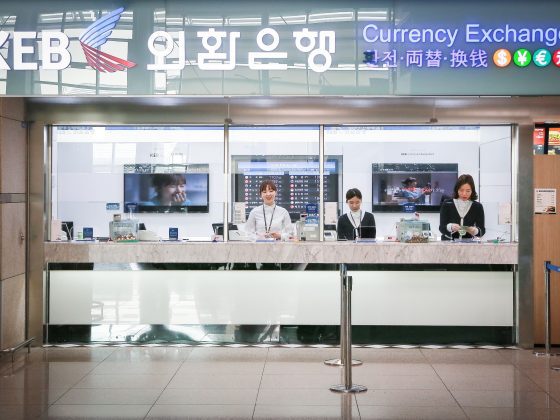 How to Send Money from Korea to the US?