One of the best ways to travel in Gangwon Province is on a BTS Gangwon Tour. Gangwon Province is my favorite place in Korea. The Eastern sea is simply too breathtaking! This province has the most stunning beaches in the peninsula. BTS has worked hard to promote lesser-known regions in Korea, including Gangwondo. Gangwon Province got its namesake from the two biggest cities in the region: Gangneung and Wonju. Pretty simple, right? This region is famous for its mountains and beaches, like Seorak Mountain and Seokcho Beach. This is also the only province in the Korean peninsula that is divided between North and South Korea (yes, there is Gangwon Province in North Korea, too).

While in Goseong, besides visiting BTS-related spots, you can go to DMZ attractions. For instance, there is the DMZ Museum, DMZ Goseong Observatory, Geumgang Condo, and Kim Il-sung’s summer house. I frequently have to remind people that DMZ is more than 200 kilometers long. You can visit the DMZ at locations other than Panmunjeom/JSA. There are so many spots in various cities you can visit along this division line. If you rent a car/taxi, you will be able to visit these places easily. Plus, they paint a much more realistic picture of what the division of the country means to the Korean people. 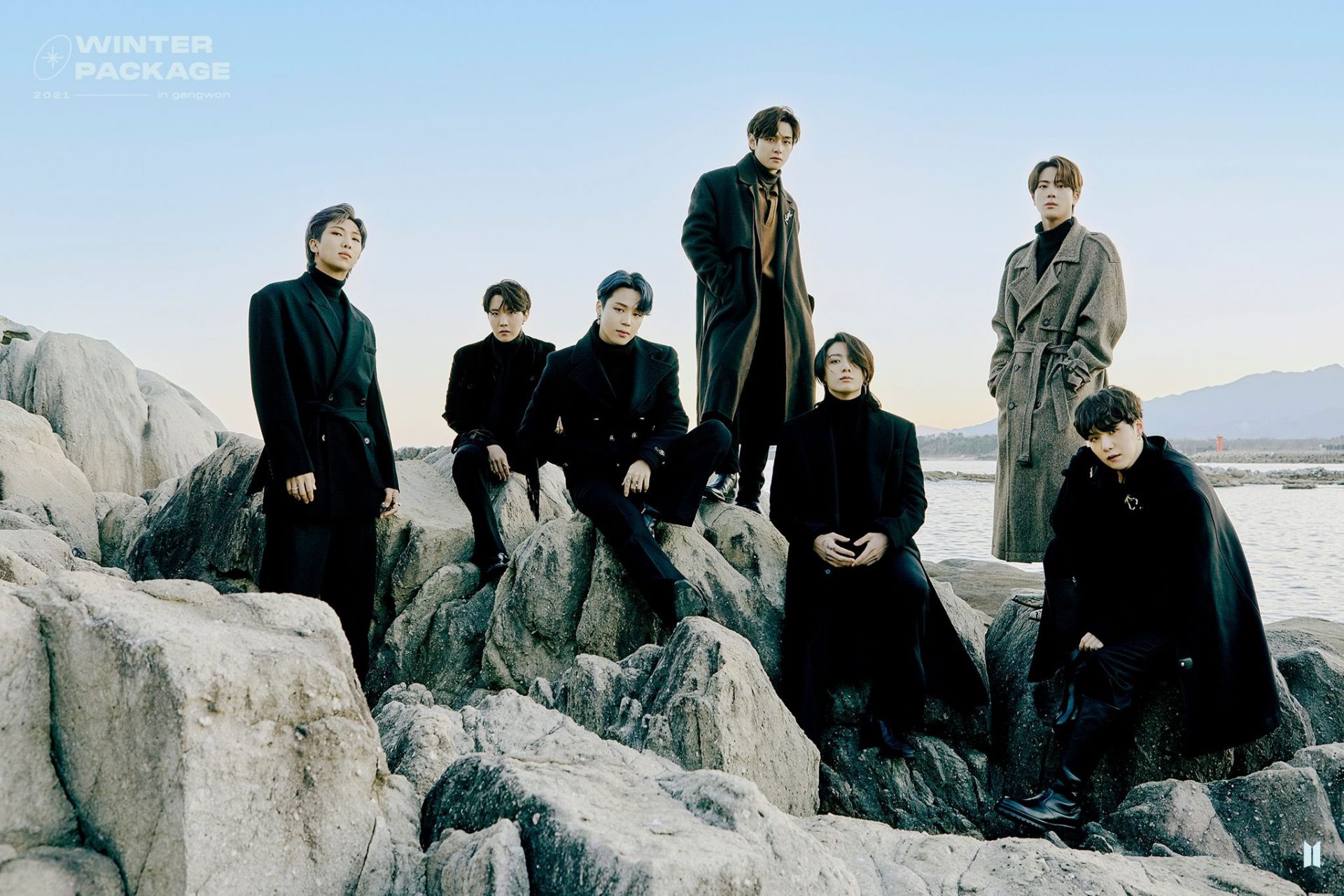 Anyways, back to BTS! Neungpadae is the exact location of BTS’s photoshoot. It is a national geological park. The name of this place literally means ‘stone island that surpasses the waves’ because of its unique stone structures. The rocks look like honeycombs due to the salinity of the ocean water. The saltwater cracks the granite rocks over a long period of time and shapes the rocks as they are now.

You can recreate BTS photos here, but you have to be extra careful not to slip. Also, the wind blows very strongly in this area, so it would be extremely cold if you visit this place in winter. Furthermore, Neungpadae is not easily accessible by public transportation, so joining a tour, rent a car, or take a taxi.

The ‘BTS bus stop’ is probably the most famous BTS tour spot in this province. BTS filmed You Never Walk Alone here in 2017. The exact location is at the Hyangho Beach, Jumunjin, Gangneung. For me, this location is the most accessible one among all spots. You can take a direct bus to this beach from Gangneung Station, Gangneung Express Bus Terminal, and Gangneung Intercity Bus Terminal.

Gangneung City recreated this bus stop as it was just created for filming. There is no actual bus that stops at this location. However, you still need to be careful while crossing the road to take photos because cars will still pass this street. 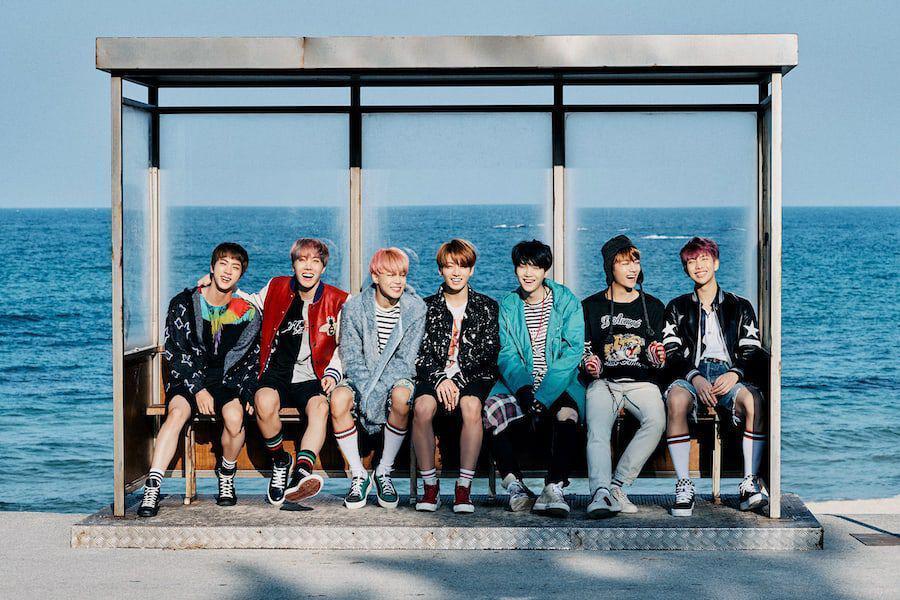 The beach has strong waves and fierce wind, so people don’t swim here. But you can still enjoy some vitamin sea by walking on its sand, or by sipping a coffee in one of the many nearby cafes. As this spot is famous, you will also need to queue to get your picture taken. The queue can get very long, so I’d advise you not to come on weekends! 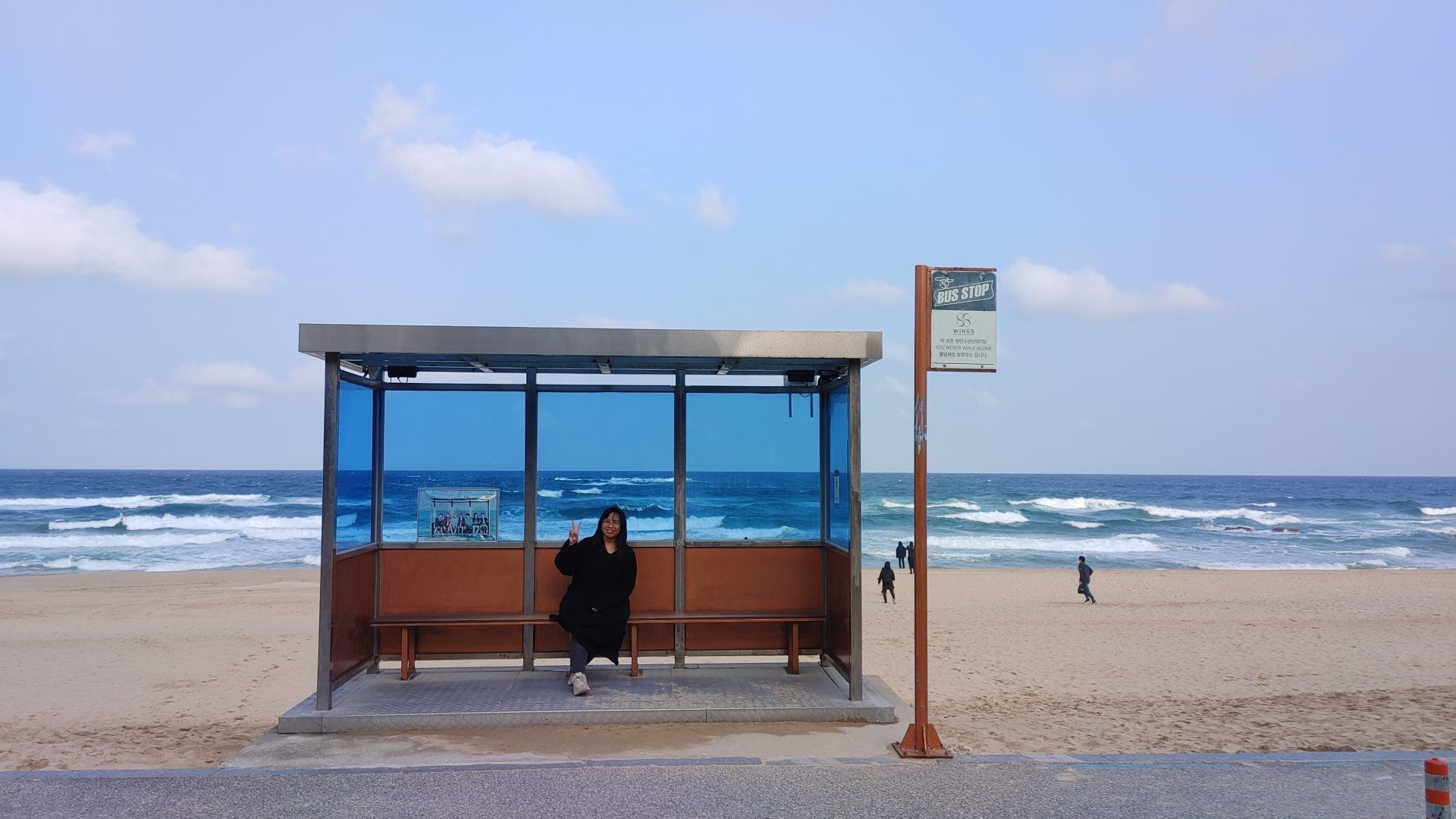 While you’re in the area, you can also visit the famous filming location of Goblin, at Jumunjin Beach. You can easily take a short bus or taxi ride to get there. There are a lot more restaurants and cafes at Jumunjin Beach. Some of them are still putting up Goblin-related posters, especially those of Gong Yoo. Besides these two Hallyu locations, Gangneung offers so many stunning beaches. I personally recommend Sageunjin Beach. It is a hot place among locals, but not too many foreign visitors know about it. 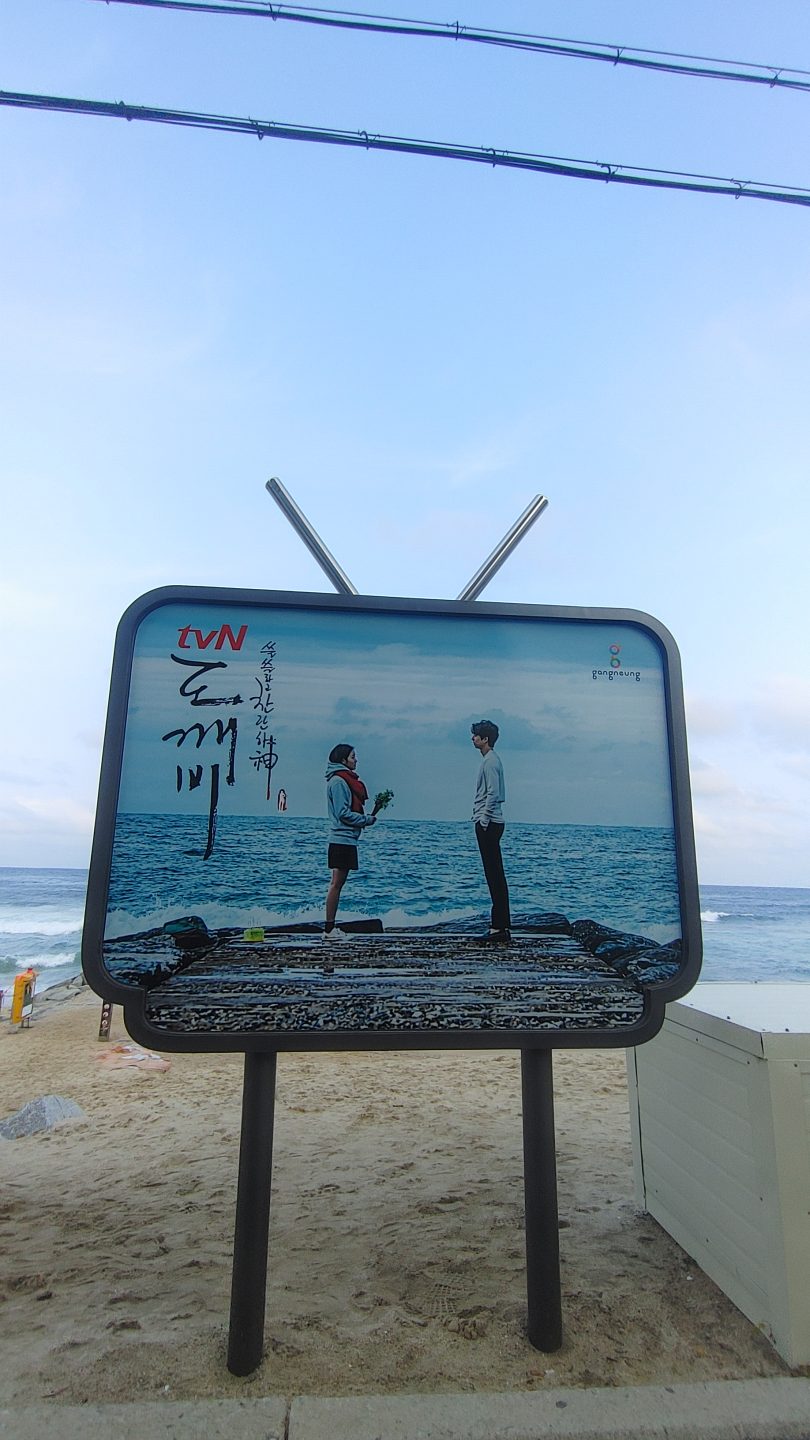 Samcheok is probably the least known city out of all these BTS tour locations. However, this city has some stunning beaches! BTS went to Maengbang Beach for Butter. Then, the Samcheok City Government quickly installed a BTS Photo Zone for the tourists, which encompasses sunbeds, BTS letters, parasols, and even a volleyball court! 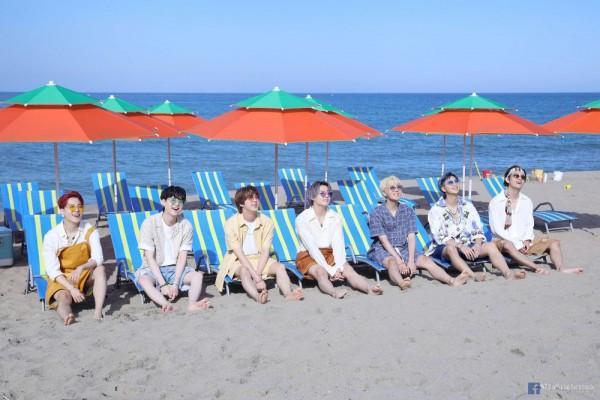 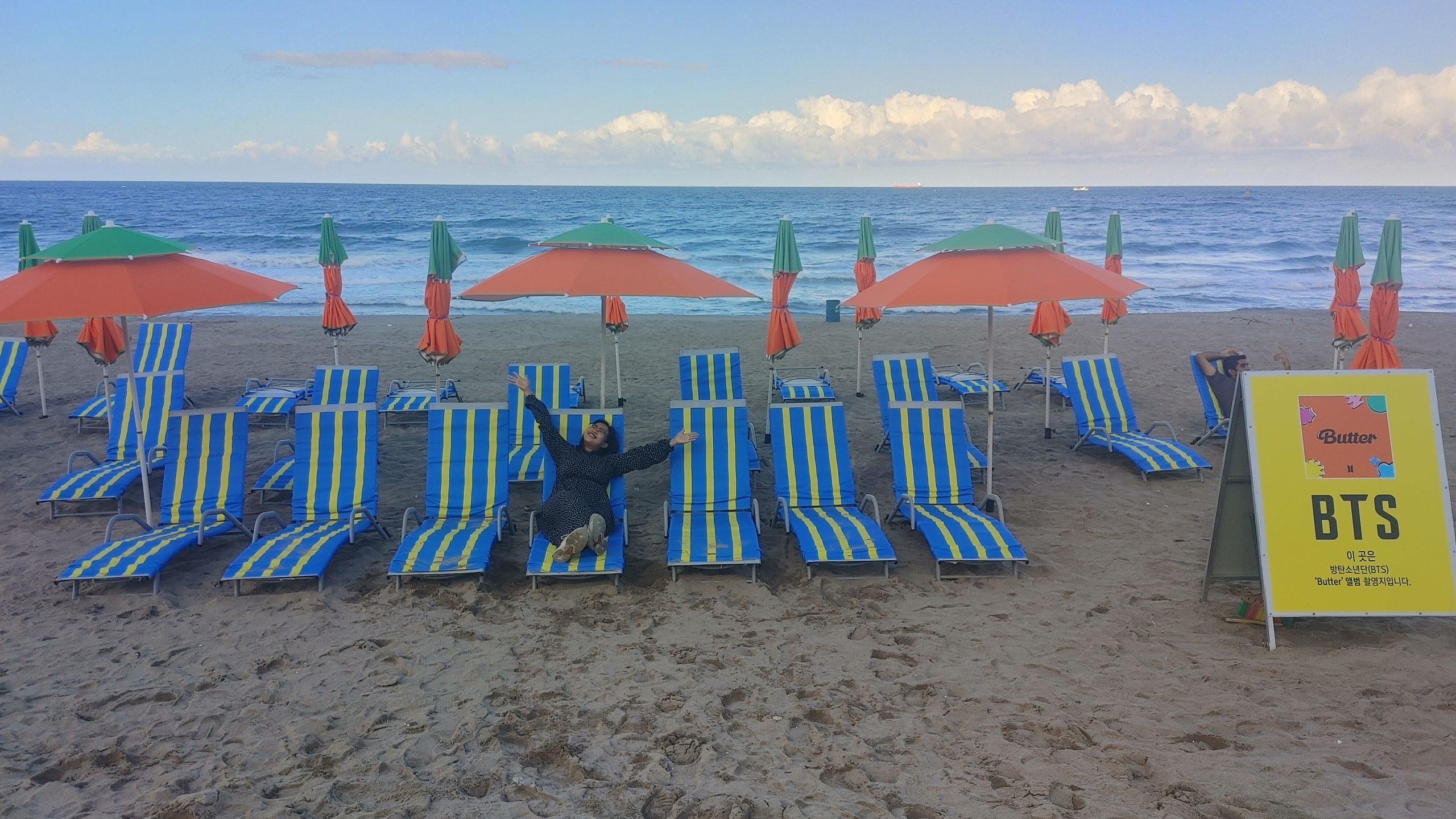 Even if you are not a fan of BTS, you can still very much enjoy this place. There is a camping site along the beach so you can come and have a lovely beach camping trip. As you walk along the beach, you can also find a hiking trail up a small hill. You will need to climb hundreds of stairs (at least that’s how it felt), but once you reach the top of the hill, the view is absolutely stunning. 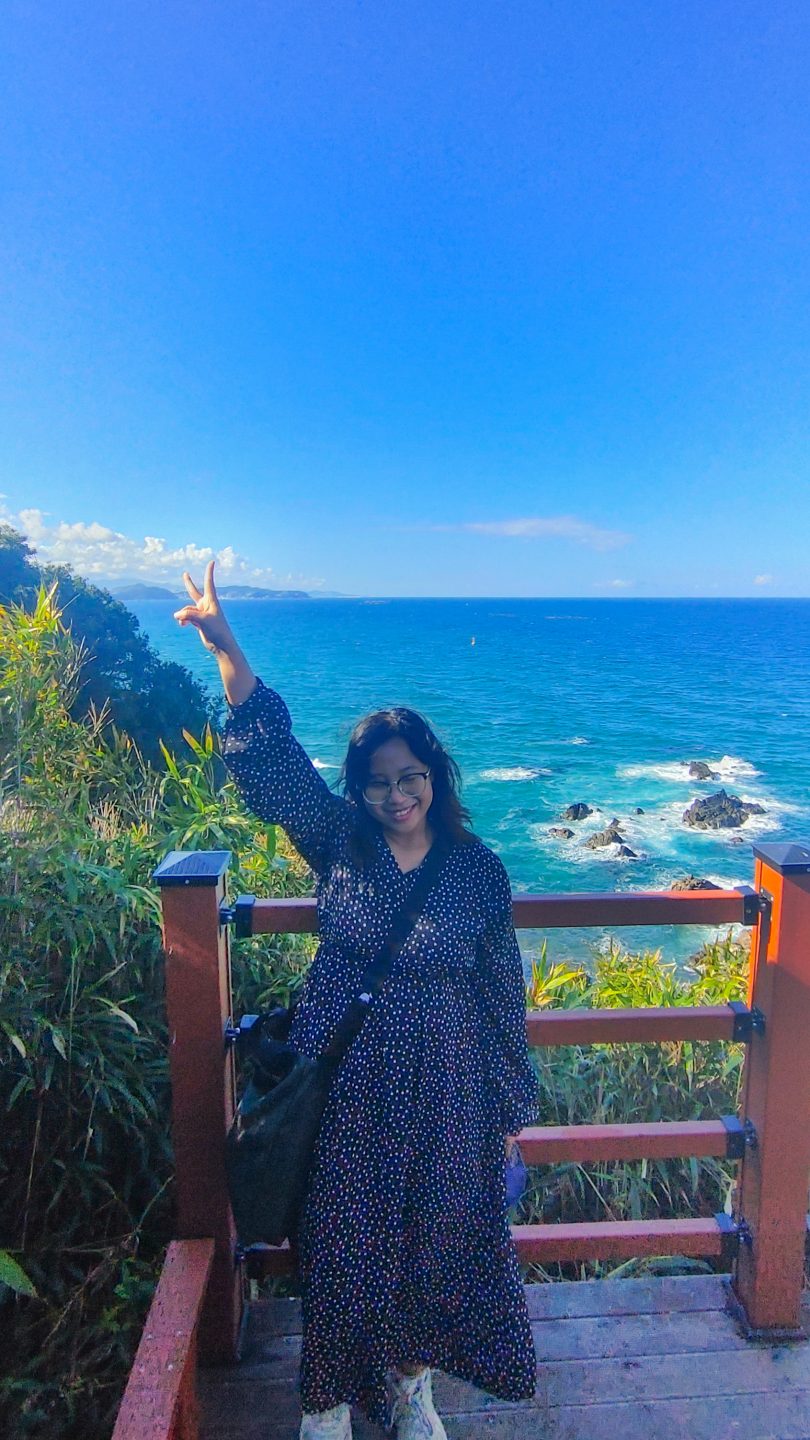 Not a fan of hiking? No worries! There is also a sea trail! From this trail, you can enjoy the unobstructed view of the sea. Personally, I think the Eastern coast of Korea offers more stunning sea views than the Western coast (and even Busan!). So, Samcheok is definitely a must-visit for beach lovers!

What are you waiting for? The stunning East Coast of Gangwon is waiting for you!

Want to explore more regions in Korea the ARMY way? Click Here to read about a BTS tour of Yangpyeong!