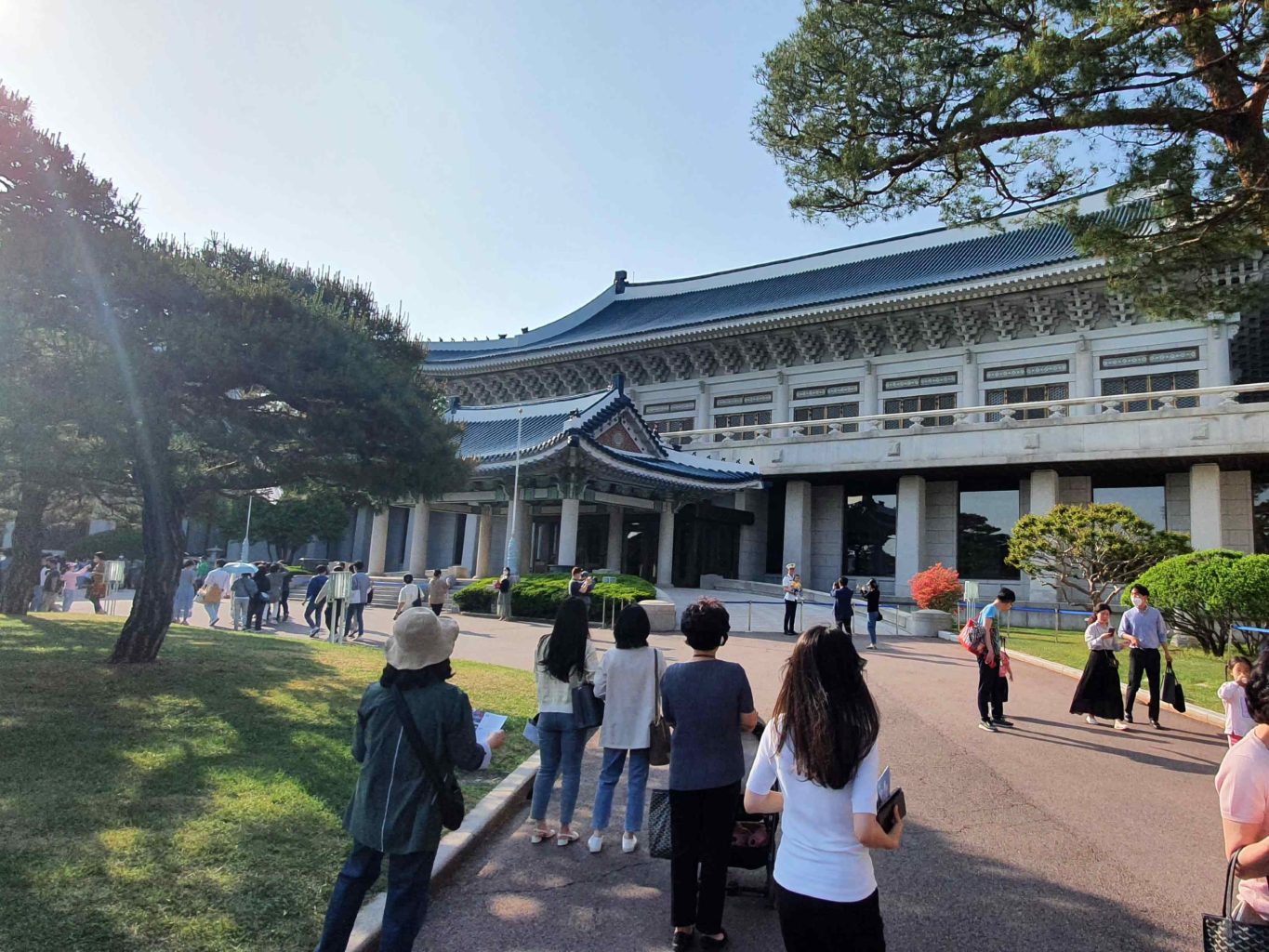 Blue House Opens to the Public

For the first time in 74 years the Blue House, South Korea’s presidential office, is open to the public. Upon his inauguration, president Yoon Seok-youl relocated the governing headquarters of South Korea from Cheong Wa Dae (the Blue House) to the National Ministry of Defense building in Yongsan District. And so, on May 10th the historic site’s gates opened.

History of the Blue House 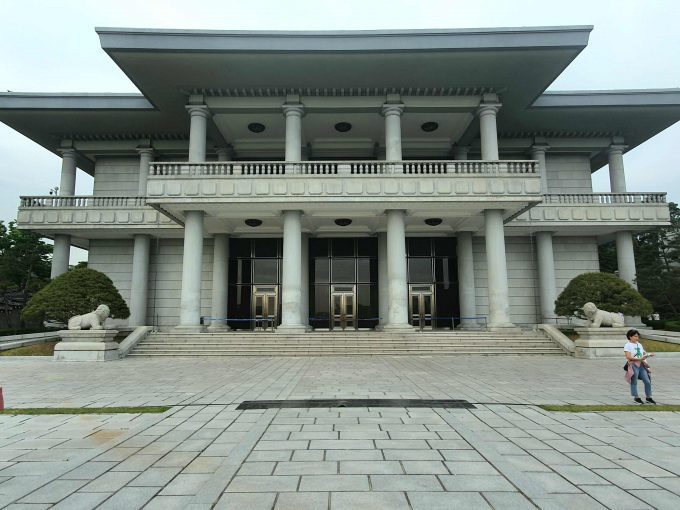 Sukjong of Goryeo sponsored the creation of the Namgyung palace. When Goryeo fell, Namgyeong was decommissioned. Later, the Joseon dynasty would establish its governmental headquarters directly in front of Namgyung palace in 1395.

From 1395 until 1939, the location of the current Blue House was left natural. It was essentially the backyard of the palace. It created a buffer zone between the palace itself and Bukaksan mountain.

The first president of South Korea, American-appointed Syngman Rhee continued began to use the Blue House as the governing headquarters of the Republic of Korea in 1948. He then named the building Gyeong Mu Dae. In 1960, president Yun Bo-seon changed it’s name to what it is currently known as, Cheong Wa Dae.

If you’re a history nerd and interested in learning more about the Blue House, definitely start with the 60’s!

The 1960s were particularly turbulent at the Blue House. President Park staged a Military Coup on May 12 and 16th of 1961. Park’s forces overtook the city of Seoul and occupied the Blue House, and overturned the government. Then in 1968, a team of 31 black-ops North Korean soldiers infiltrated the blue house in an attempt to assassinate President Park. 26 South Koreans, 4 Americans, and 29 of the 31 North Korean soldiers were killed. 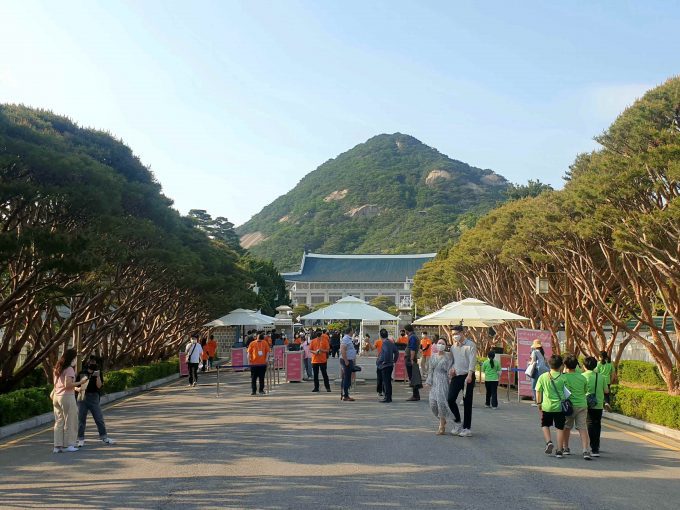 My friend won the lottery and was able to go to the Blue House with his family during the first week it became open to the public. According to him, the grounds were much larger than expected. In fact, the blue house grounds are 250,000 square meters or 62 acres. That is 4.5 X’s the size of the White House grounds! In addition to offices and officials’ office buildings,  there are tons of trails for short hikes, and beautiful picnic areas on the Blue House grounds.

He was unable to enter the main Blue House building. It will open for tours in June of 2022. However, you were able to enter some of the auxiliary buildings. However, the wait times were about 1hr and a half. Because he only had three hours to explore, he decided against going inside the building. 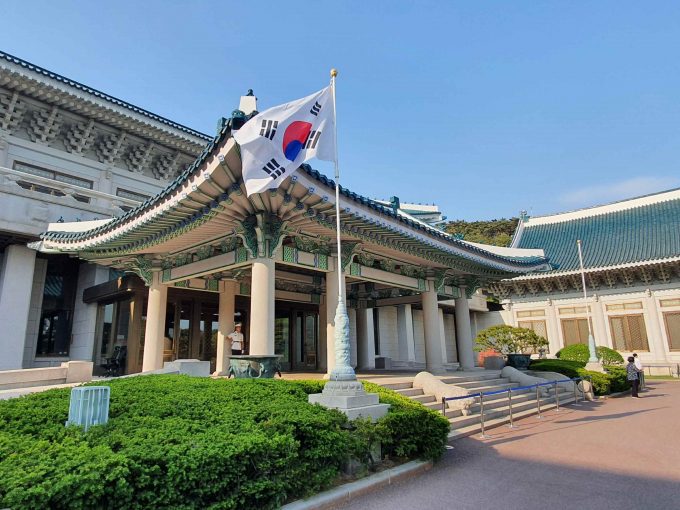 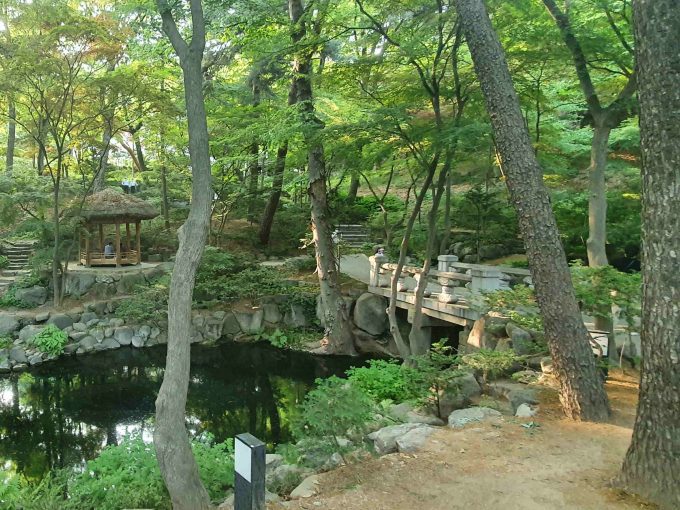 In addition to the grounds buildings, the opening of the Blue House will also allow for historical travel routes to be available as hiking paths. Two hiking entrances will be open along the ground’s outer walls. These will allow hikers to travel the ancient escape routes the royal family used during times of unrest and foreign invasion. Visitors can now hike from the center of Seoul to the Bukaksan and Bukhansan mountain ranges. 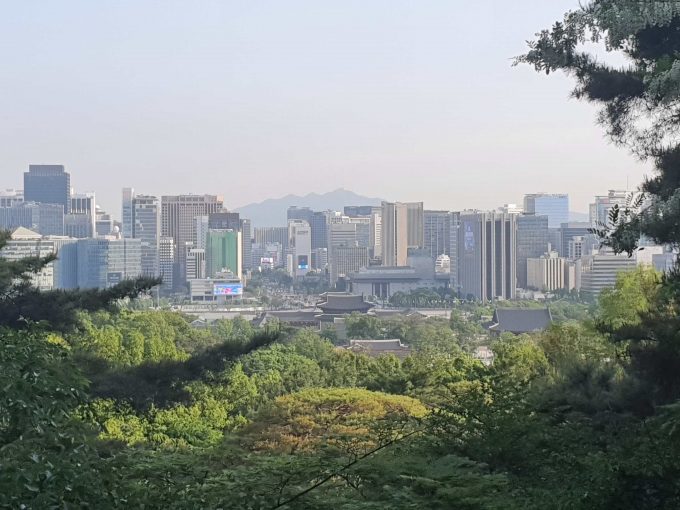 From May 10 until June 11, the only way to visit the blue house is through a reservation lottery. You can apply online by Clicking Here.

Only those with a valid ARC or Korean ID are currently able to register for the lottery however, non-registered individuals can accompany you. Additionally, you must apply 8 days before your desired entry date and if you are not chosen for the lottery, you can apply again after you receive a notification of your results.

When you apply for admission, you will have three options. Firstly, you can choose the standard application (개인) which allows admission for up to four people. Or, you can apply for group admission (단체), 30 to 50 people. And finally, you can apply as a senior citizen (over 65) or as a registered person with disabilities. Seniors and disabled people can enter with up to 3 others and will be granted special admission. Then, you can select a three-hour time slot, beginning at 7 AM and ending at 7PM.

You can view the number of people who registered for each category each day. On weekend afternoons, the chances of getting selected are very slim. For next Saturday, from 11 until 7 PM at least 30,000 people entered the lottery for each time slot. On weekday mornings you have the best chances of getting in, many time slots currently have less than 1,000 registrations.

Are you planning on visiting the Blue House grounds? If so, what are you looking forward to seeing there? Let me know in the comments below!

Why not visit Gyeongbokgung palace while you are in the area? Click Here to read all about visiting the palace and Bukchon Hanok Village!

Digital Media City – A Visit to Korea...
Online Graduation in Korea
2 Spring Exhibitions in Busan
FOLKI- a Minimalist Hanok Cafe
One fine day in Hapjeong
5 Foreign Restaurants to Check Out in...
Top 3 Cafes in Seoul That Are A Must ...
New Attraction in Town – Kyobo Bookst...
Total
0
Shares
Share 0
Tweet 0 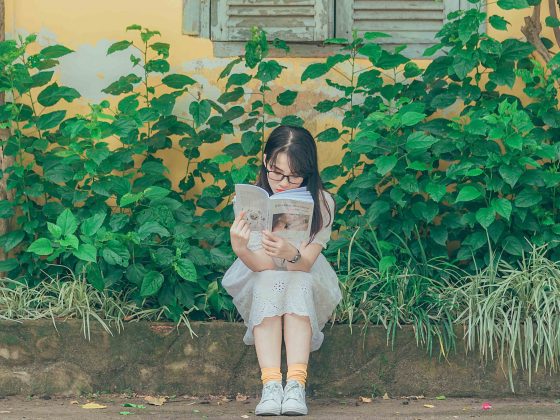 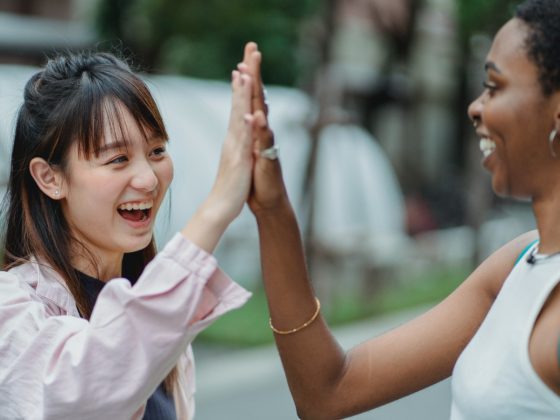