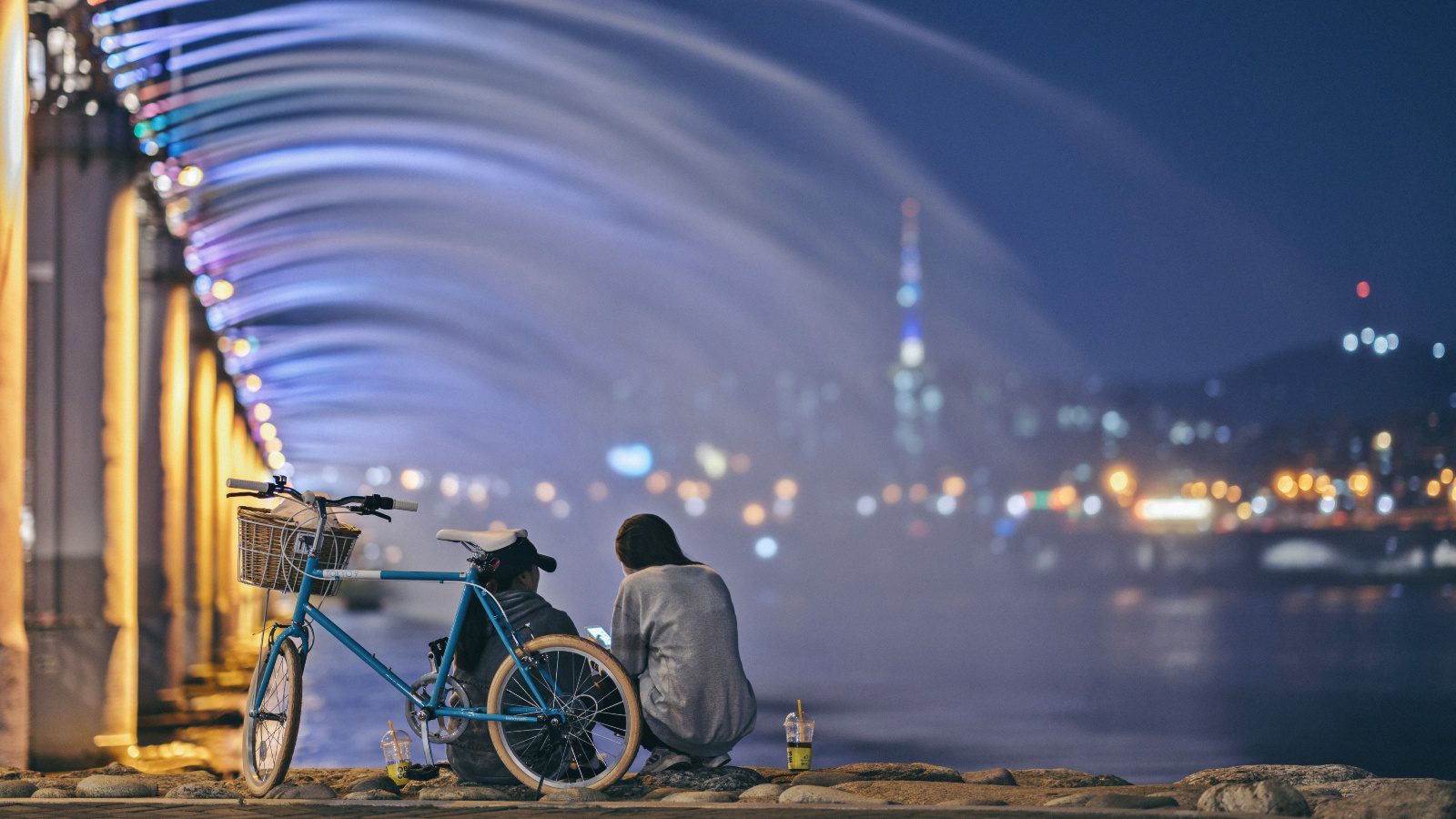 Biking along Korea’s rivers is one of the most rewarding activities for lovers of the outdoors. With these stamp courses, you can travel from Seoul to Busan, around Jeju, and along the DMZ by bike. At the end of it all, you can recieve multiple certificates and awards.

Back Paths Throughout Korea

The four river restoration project was an initiative proposed by former president Lee Myung-bak. The project launched in 2009 and finished in 2011. 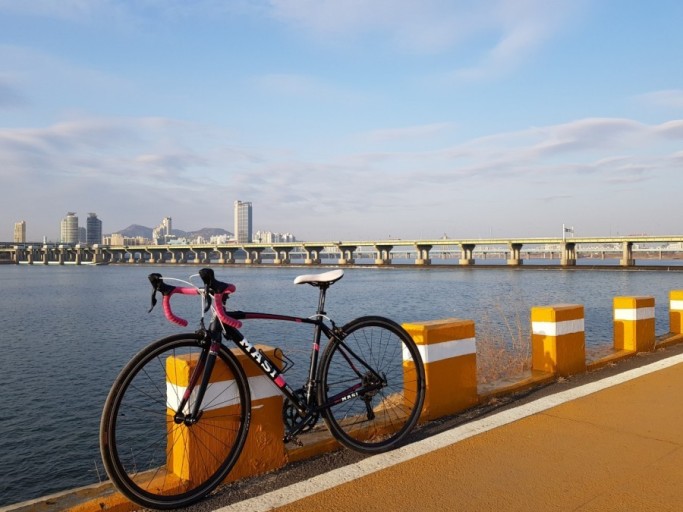 The main three objectives of the project were: to revitalize the four big rivers of Korea (Han River, Nakdong River, Geum River, and Yeongsan River). The project included 14 constructions along tributaries and refurbishments along paths of smaller streams branching off along main rivers.

The main elements of the project were to have a secure water source, combat scarcity, implement flood control measures, and improve the quality of the water. It also helped to restore ecosystems along streams, and create more multi-purpose spaces for residents.

I am specifically writing about this project to talk about a very interesting activity that recently was on my bucket list of things to do in South Korea – a stamp tour!

With the restoration of parks surrounding rivers, the Korean government also restored many bike paths along the way. Now, there are many new, fully connected bike lane around Korea. You can travel the full length of South Korea along these paths!

What is cool about this bike tour, is that not only do you get to enjoy major parks and rivers in Korea, but you also get a certificate that you did so!

I will talk briefly about the routes later on, but you can read them in it more details here.

First, you will need a Bike Passport. This can be acquired in two ways. You can either visit a staffed certification center (유인인증센터) or buy it online. Note that the online purchase requires an ARC (for identity verification) and a domestic bank to transfer money. In addition, you will need to purchase it on the Korean version of the site, which you can visit by Clicking Here.The price varies depending on the method, but shouldn’t be more than 4,500 Won(passport and map).

With the passport you have bought, you can register your serial number on the Four Rivers website and the Bike Certification app.

Now you can begin your adventure and stamp away your passport. The project installed many red phone booths along the paths, so you will know what to look for once you start your journey. Also, along the way, you will see signs that point out a booth is close by. 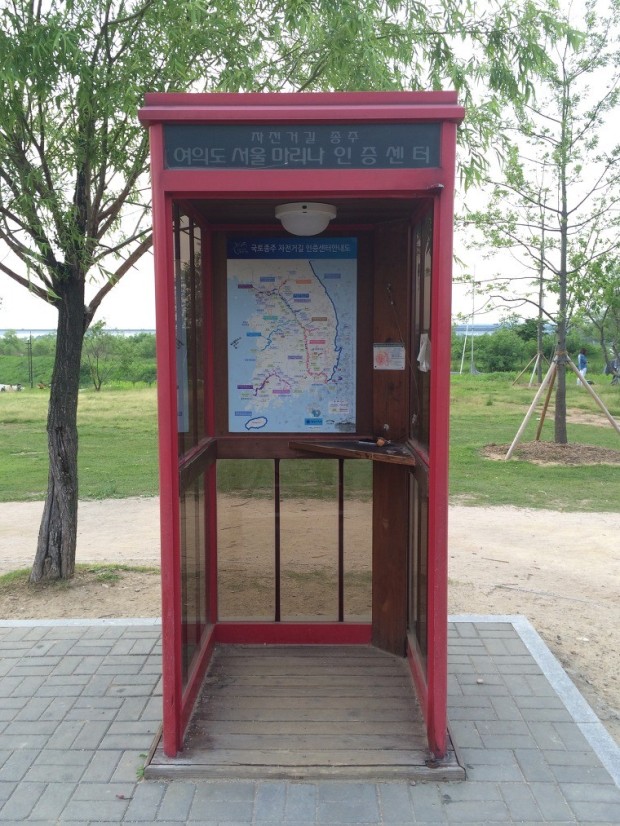 Once you find the booth, inside you will find red ink with a stamp. You can add it to your passport (do not mess it up or you might make your passport invalid!), and a QR code that you can scan to enter the virtual stamp to your passport app will also be there.

You can get four different types of awards when collecting the stamps.

Note that to verify all your progress, you will have to visit a staffed certification center at the end of your cycling journey.

First, and probably the easiest, is the Certification Bike Paths. If you complete any of the paths on the official list, you will get a certification sticker on your passport for that. In total there are 12, and the paths are located all over Korea, from Seoul to Jeju. Check them out here.

Completing the collection of all the stamps of the following four paths will give you the cross-country award.

For this award, a couple of booths are excluded, and you can check which on the link I included above.

Completing these will grant you a sticker, a certificate, and a medal with the case for 11,500 Won.

Similar to the last one, this award’s requirements are to complete the paths on the four main rivers of Korea. The name of the paths are:

Be aware that this award also has some exceptions, but they are different from the previous awards, and although not necessary for this one, it is for the next award.

Again, for this one, you can get the sticker, certificate, and medal (different from the last one).

The grand slam, as the name says, is the most prestigious award. If you get this, it means that you visited every booth in Korea, from Jeju Island to DMZ, so congratulations!

Of course, a deed like this is not easy, but many people took it as a challenge to complete. After finishing it, a sticker, certificate, and medal await you.

This stamp tour was a great initiative from the government to promote cycling and healthy habits. If I had time to complete all the routes, I would definitely do it, but for now, I am aiming for just a few paths! If anyone ever finished the grand slam, please let me know so I can know more about the experience.

Check out other fun adventures on KoreabyMe.