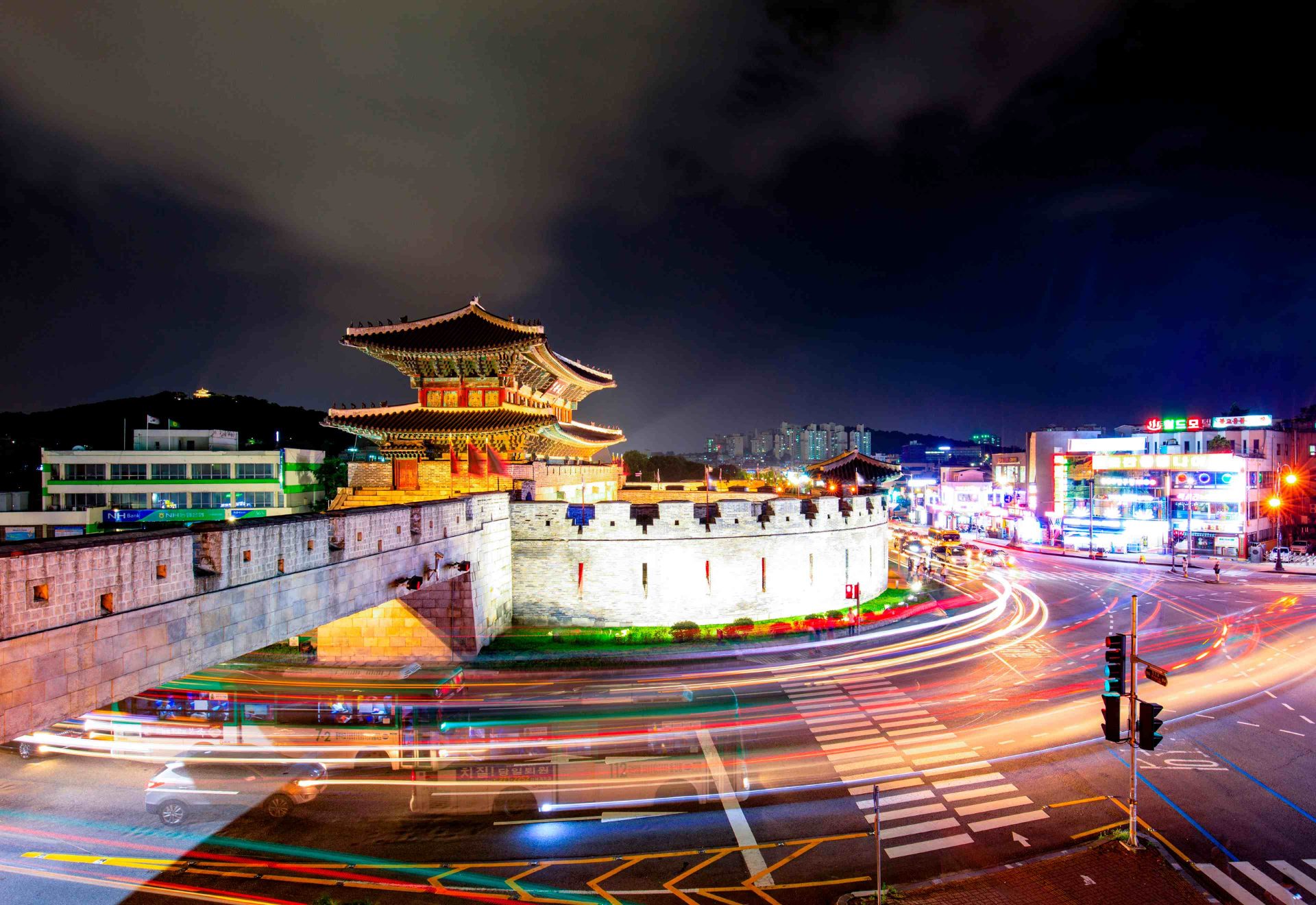 Another 15 Things I Wish I Knew Before Moving to Korea

Over 5 years ago I embarked on my flight heading to Korea, to study for my Master’s. Familiar with studying? Sure. But living in South Korea? I had no idea what to expect. There are many things I wish I knew before I came here, so I am sharing them with you. The following is part two of 15 Things I Wish I Knew Before Moving to Korea. For part one click HERE.

Things that should not be sweet in Korea are VERY sweet. For example, the one food item that nearly every foreigner has complained about during their stay here – garlic bread. The garlic bread in Korea has sugar on it, it’s impossible to find it without. Other things you may not expect can also be overly sweet. One time a friend bought some pasta sauce, she ended up throwing it out because it was too sweet. Most foods in Korea will at least be a little bit sweet.

Korean sidewalks are made using stones. Although aesthetically pleasing, if not properly taken care of, the stones start to wear and become uneven. I have sprained my ankle because of the uneven sidewalks here.

Besides the unevenness of the sidewalks, most are also not well made. Walking up and down the streets could sometimes feel like climbing a mountain with the amount of effort it takes to overcome the imperfections in the road.

18. Korea is a Patriarchal Society.

Here, it is normal to see women take care of the home; they are expected to cook, clean, and sometimes work on top of their household duties. They are also often solely held responsible for their children’s academic success and the overall welfare of the family. Most Korean Mothers treat their male children like gold. They wash, cook, clean for them even up to adulthood. In more traditional households, if children fail or the husband loses his job, the fault is placed on the mother for not properly attending to her family’s needs.

I’ve lived in the tropics most of my life and have never experienced a cold like Korea. Even when I travel to other spaces, it doesn’t get this cold. The winter in Korea is on a different level, I am talking about the bone-chilling cold and eye-watering cold wind.

Air pollution is one of the biggest concerns for both Koreans and expats alike. However, Korea often avoids action towards solving the issue as most Koreans say the air pollution in Korea comes from China. Despite the debate, one thing you can be sure of is that it will impact your daily life. It is one of the top reasons why people end up leaving Korea.

You will see plastic surgery ads literally everywhere, on buses, subways, on billboards, and your Instagram feed. The beauty standards in Korea are tough. Employers require you to have a photo of yourself on your resume. These photos will always be photoshopped however, many people go through surgery before applying for jobs. Pre-job hunting surgery is so commonplace that there have even been chapters on it in the government’s integration program.

Koreans are extremely enthusiastic about food. If you walk into a restaurant, all around you will hear people exclaiming ‘delicious!’ over and over again. Some people will go so far as to say it after each and every bite. However, you cannot always believe their enthusiasm. Sometimes, even with extremely simple, common, so-so food such as a bag of plain chips Koreans will repeat the phrase until they are done eating. I am not sure why they do this. Maybe they are trying to convince themselves or just being polite.

23. Women’s Rights Have a Long Way to Go

There is a culture of victim-blaming when women come forward with their stories. It can be particularly difficult to find help as a foreign woman in a relationship with a Korean man. Unfortunately, Korea still has a long way to go with women’s rights but there has been progress over the past several years.

Korea is a mostly homogenous country. This means that there aren’t a lot of people in the country who aren’t Korean. The foreigner population stands at 1.8 million which makes up 3.4% of the population, more than half of whom are from China and Vietnam. This means most Koreans aren’t exposed to people from other cultures and rely heavily on stereotypes. Southeast Asians, Chinese, and Black people have a particularly difficult time overcoming negative stereotypes.

One thing I didn’t know until I got to Korea, the obsession Korea has with coffee. You will find at least three to four coffee shops on every block. Koreans’ main coffee obsession? Iced Americano. Even on the coldest days, the majority of Koreans will opt for iced coffees.

You will have some Koreans stare at you especially if you are of African descent or a different skin tone. In America and other places, staring could come off as rude but not here. You could even stare back, and they would not even bulge.

Talking about mental health in Korea is still taboo. Services are not accessible for everyone, with health insurance excluding counseling.

Korean society puts a lot of pressure on youth and the result is sadly one of the world’s highest suicide rates. All subway platforms have doors between the platform and the track to keep people from jumping in front of the train. Rooftops and windows are locked in the schools to prevent students from jumping off during periods of depression. Celebrities and idols are not left out from these sad statistics. Many have taken their lives as a result of cyberbullying and name-calling.

It is common to see women out in miniskirts and shorts even on the coldest winter days. This is a trend I will never understand. I can’t imagine how cold they must be.

If there’s a popular Kdrama or Kpop group that has set a new trend, you best believe everyone is going to jump on it. Men and women will have the same hairstyle, clothes, and shoes as their precious idol. Sometimes, if an item becomes super popular, it will be sold out within minutes. They don’t mind going in line and waiting for hours just to participate in the latest trend.

30. Cafes Are A Lifestyle

One of my favorite hobbies after living in South Korea is going cafe hopping. There are cafes for everything! You can play with your favorite animals by visiting cats, dogs, or even meerkat cafes. There are also lots of activity-centered cafes where you can dress up as a Disney princess, paint, or play video games. Any activity or theme you can think of, you’ll be sure to find a cafe for it. 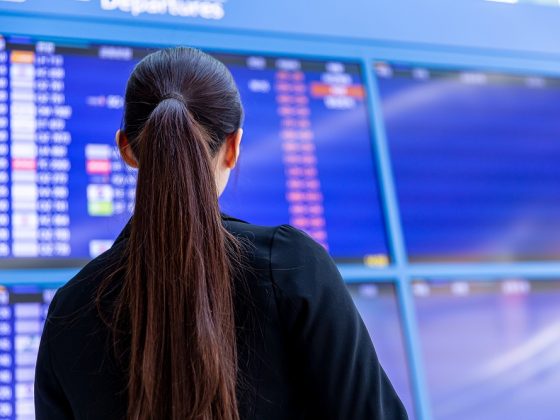 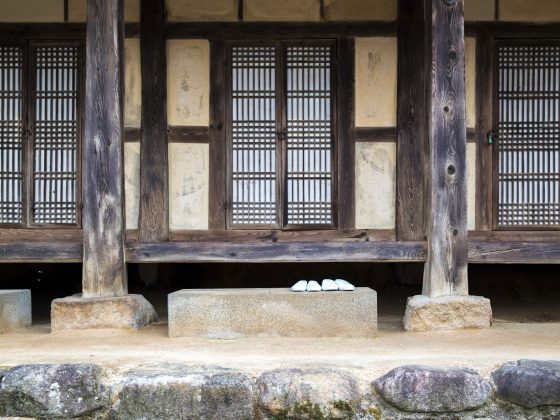