An Introduction to Korean Shamanism

Korean Shamanism is an important part of life in South Korea, both in the past and in modern times. Korean Shamanism (무교) is an ancient cultural practice and is a commonality shared between both North and South Korea. While the religion does include a plethora of gods who watch over creation and often meddle in human affairs, faith is actually not essential. Korean Shamanism is focused on a system of rituals and is not viewed as being contradictory to other religions. In modern times, we often see the world’s major religions blend with Korean Shamanism to create religious practices unique to Korea. Let’s take a deep dive into this fascinating religion! 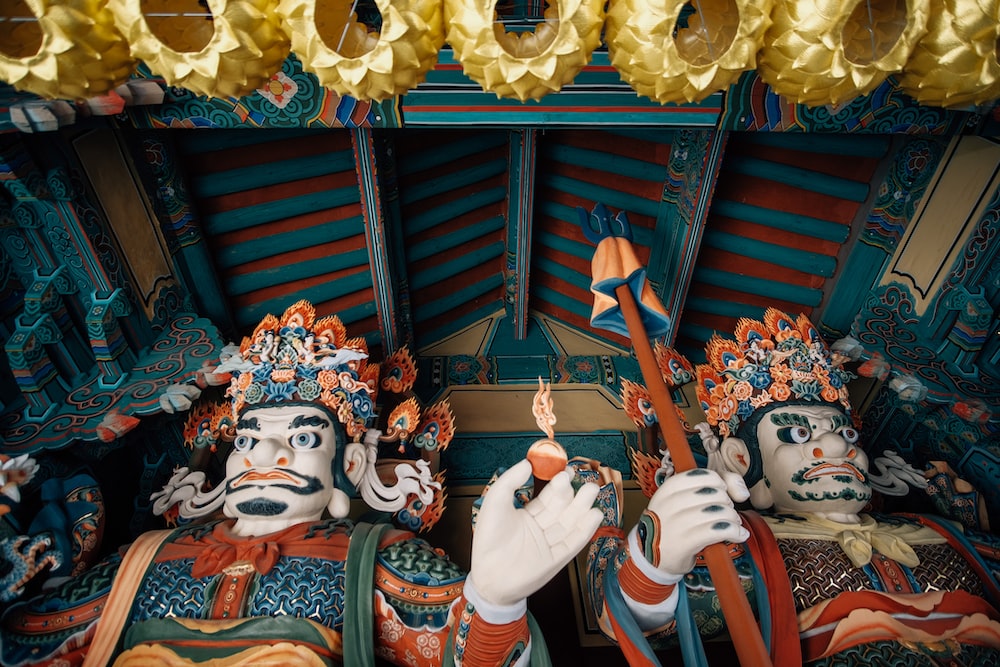 Shamanism far outdated any other belief systems on the Korean peninsula, dating back to prehistoric times. Most historians believe that the first major religion other than Shamanism to to introduced to Korea was Buddhism in the fourth century.

Fusion of Korean Shamanism and Other Religions 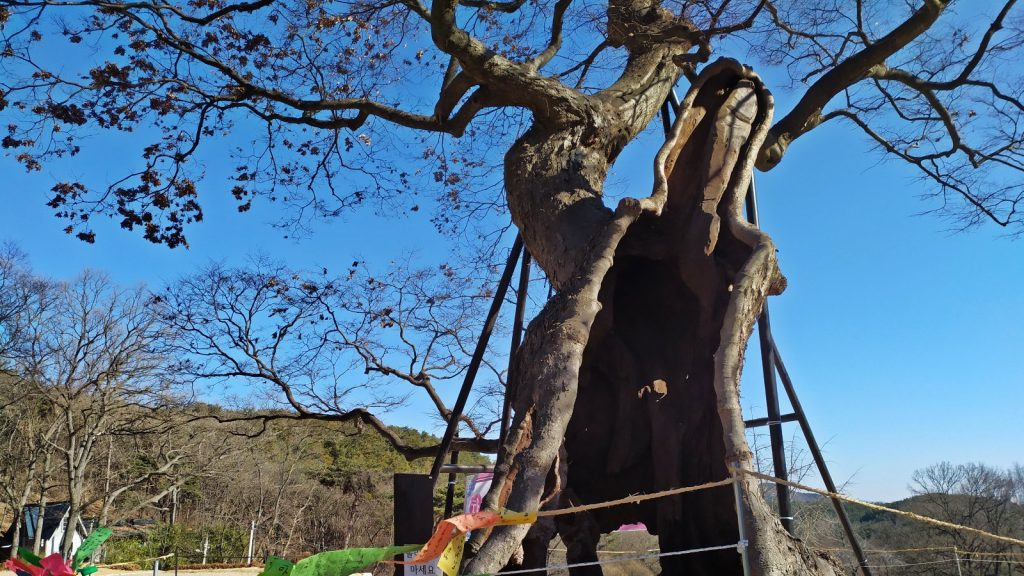 In fact, Korean Shamanism has fused with nearly every religion that has touched the peninsula. While religions such as Christianity and Islam are god-centered religions, Korean Shamanism, much like Buddhism and Confucianism are ritual centered belief systems. And so, they don’t actually require you to believe in their many gods to practice the religion. What matters most is participation.

We can see Korean Shamanistic practices merged with confucanism through ceremonies surrounding major holidays like Chuseok and Lunar New Years. Then, we can also see Shamanism fused with Chrisianity through the emergence of new sects like Daejongism and Shincheonji. 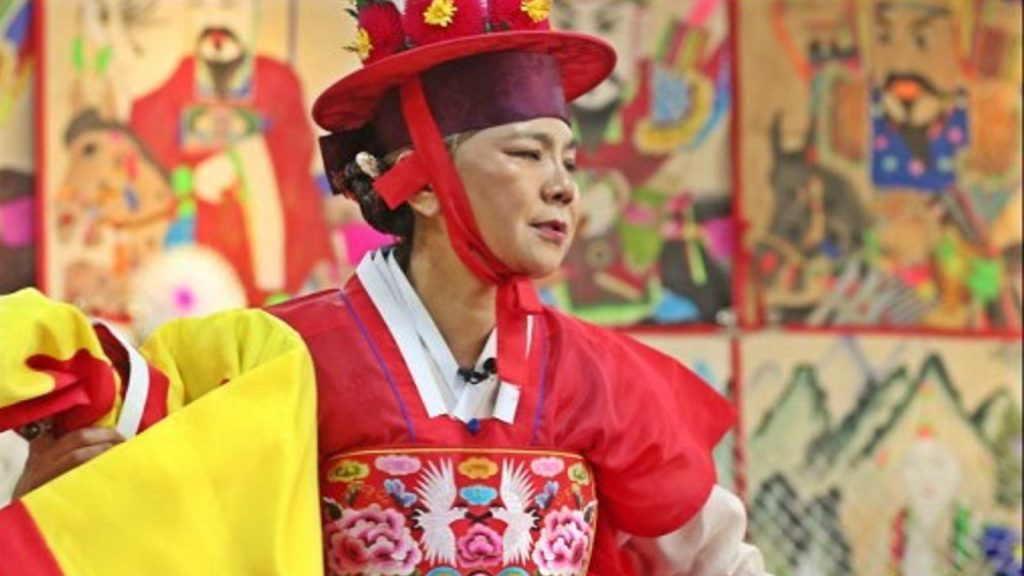 While we can see a lot of watered down Shamanism in other religions in Korea, there are still many people who practice a very traditional version of Korean Shamanism.

If you have been in Korea for a while, you might have come across some Shamnistic rituals and not known what they are. In particular I have come across many rituals while walking along the Han river.

It is not uncommon to see elderly women beating a drum and chanting a haunting melody at the river’s edge. After coming across this multiple times, I finally asked what she was doing. She was a Shaman and was feeding the hungry spirits of those who had jumped off the nearby bridge while committing suicide.

Another time, I came across a group of elderly men throwing fish in the river. I’d thought they were maybe releasing some fish they’d caught. However, my friend who was with me who practices Korean Shamanism told me that it was an offering to settle the monsoon season.

Shamen exist in every traditional culture across the world. While the specifics vary, Shamen are people who connect the mortal and spirit realms. Shamans were entrusted with the capacity to speak with nature spirits, ancestors, or a culture’s gods and goddesses. They often operate as oracles, healers, and couselors.

Korean Shamen all have a few things in common. Normally, they have a specific spirit or a group of spirits that connect with them at a young age. Then, they experience what is commonly referred to as a spirit illness (신병), a scientifically unexplained illness that brings them close to death. However, after accepting their fate and beginning training as a Shaman, their illness disappears. Korean Shamen learn how to sing and dance for spirits and become possessed by them.

In Korea, there are actually Shamen academies where people learn traditional ritual and ceremonies Shamen are expected to perform. However, some are self taught, claiming to be taught by guardian spirits while dreaming.

Why People go to Shamans? 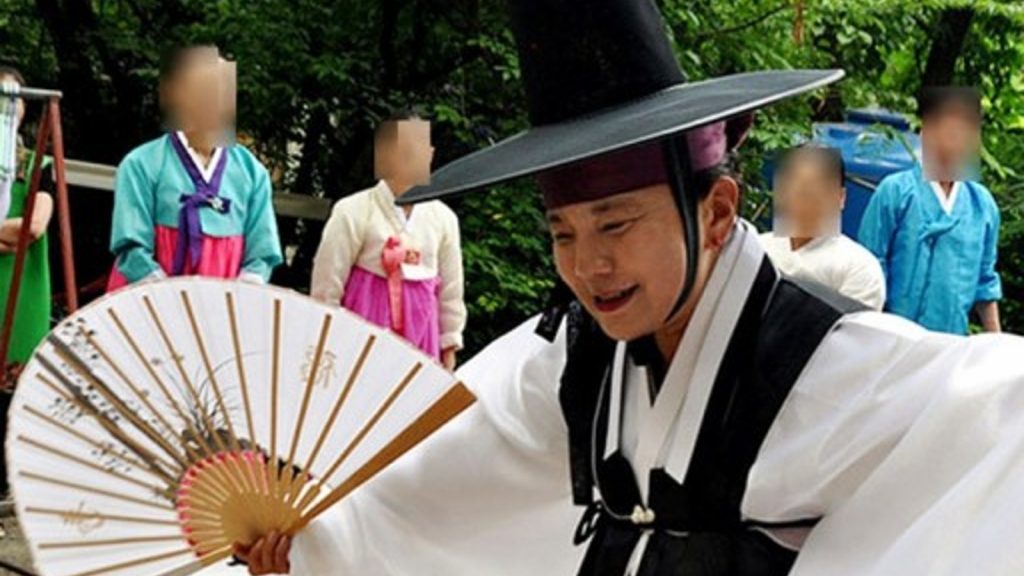 People visit shamen for a number of reasons. Nowadays some of the most common reasons people visit Shamen is for protection, to help cure the sick, and for closure after a loved one’s passing.

Essentially, it is for many of the same reasons people might pray. However, Korean Shamanism is a bit of a neutral ground. You don’t have to actually believe in the dieties to participate in ceremonies. It is a way for people to relieve help from the divine when they feel they need it.

Another huge factor is tradition. For many families it is a tradition to go to Shamen when choosing the names of their their children or setting important dates, such as weddings. While those are big important occasions in life, some smaller life events also require a traditional dose of Korean Shamanism.

High risk ventures are often proceeded by Shamnistic ceremonies to expel bad luck. Two of the most common ceremonies are those held for newly opened businesses and when purchasing a new car. The ceremonies are meant to expell any bad spirits that could cause the business to fail, or cause the car to crash.

While there are numerous rituals that make up Korean Shamanism, none are as famous as Gangshinmu (강신무). During a Gangshinmu ritual a shaman allows themselves to become possesed.

During the ceremony, the shaman’s spirit, known in Korea as manshin, takes a backseat. They become possessed by gods, spirits, or ancestors. According to Shamanistic beliefs, during the possession, the shaman actually becomes a divine being capable of supernatural abilits.

The ceremonies are a powerful sight to see. The possessed shaman speaks and moves differently while possessed. They often take on voices with different accents, sometimes speaking in regional languages the shaman themselves don’t understand.

These ceremonies take place for a number of reasons. Most commonly, they are used to speak to loved ones who have passed and expel bad luck.