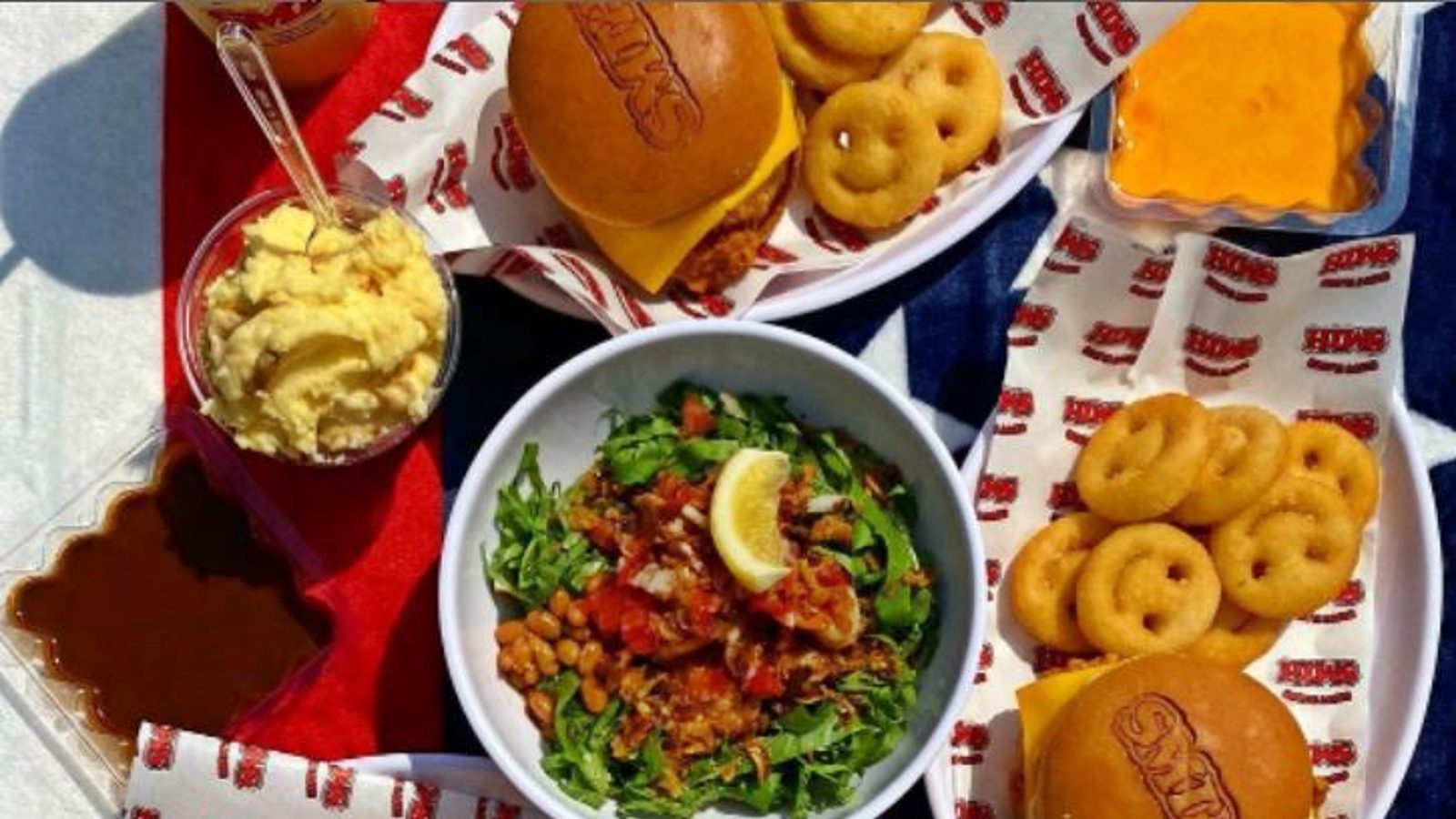 SMTH, is a heavily American-inspired chicken burger restaurant. Its existence is often met with the response of “A shop like that? In Anam?”. You see, Anam is the most boring university neighborhood in all of Seoul. It is most known for housing Korea University, and well, we are overly competitive and don’t get out much.

It’s almost a running joke amongst shop owners here. Many promote their businesses with advertisements running along the same lines of “A place like this in Anam? Who would have thought?”.

SMTH, however, is truly a standalone in this area. It’s a real-life bona fide hot-place, with people coming from far and wide just to visit. They come to try the burgers and take American aesthetic photos that mimic the American high school hallways we have all seen in coming-of-age films.

SMTH’s most popular photo zones are their locker wall on the first floor and, their outdoor basketball hoop. Inside the lockers, you may find Halloween decorations, even though it is spring. And, the basketball court area is complete with a chain-link fence and random English signs. You cannot play basketball there.

Many online-shopping platforms have inadvertently featured the green-tinged hallways of SMTH on their sites. Plenty of models have made an appearance here in order to get some pretty pictures in a photoshoot.

The fare served here is also undeniably unique and hard to find in Korea. Imagine fried chicken burgers with Mac and Cheese layered in between the bread buns! Or, mashed potatoes, with a side of smiley fries!

SMTH also differentiates itself with the variety of dipping sauces they offer. The burgers are meant to be dipped as they are eaten. A word of warning to any potential visitors – these burgers are really messy. Given the nature of the fillings, it’s impossible to eat them neatly. But, I’d say that it just adds to the charm and the hands-on, casual vibe of the eatery itself.

Besides the burgers, which are their signature menu items, SMTH also serves straight-up Texas-style fried chicken. They also serve an American Platter, featuring pancakes, fried chicken, eggs, bacon, and beans. Another standout from the menu is their range of banana pudding, available in Plain, Lotus Biscoff, and Strawberry flavors. Personally, I really enjoy them. However, they seemed to have phonetically shortened pudding to poo on the packaging, which is a bit unfortunate.

The second floor houses a gift shop. There, they sell plenty of well-known American food brands, like Pop-Tarts and Lucky Charms. It is set up almost like a supermarket, with rows and rows of neat food items available alongside cute stationery.

During my visit, the second floor was being redecorated – so the decor and the direction of the place might have changed. But, given the brilliant artistic direction the shop has shown thus far, I’m sure the improved version will be even more impressive.

SMTH doesn’t only stand out in dreary Anam as ‘different’, but even within the rest of Seoul – capturing hearts, and appetites, along the way.