Why Is A-Plane Cafe Daegu So Trendy?

South Korea has some of the trendiest and most Instagrammable cafes in the world. From the Harry Potter Cafe in Seoul to A-Plane Cafe Daegu, these places are perfect to spend time, take pictures, and eat good food.

A-Plane Cafe Daegu is not as famous as other cafes in the area. However, it is undoubtedly one of Daegu’s hidden gems. It’s a very cool cafe, with a nice, smooth interior and a good selection of desserts.

There are many reasons why A-Plane is so trendy. Let’s explore each one.

Since the cafe is located on a roof-top, the area comes with spectacular views. It’s not as high up as a real airplane. However, with the interior and the view of Daegu city, visitors feel as if they are on a plane. Both these things make the experience more realistic.

One of Daegu’s other main attractions, Suseong Lake, is also visible from the rooftop. Most tourists visiting Daegu like to go to the lake and make an appearance at the cafe on their way back.

This is because the cafe is located near the lake. Most tourists take reach Suseong Lake in the early morning to go boating on the duck paddles. After a long day, the A-Plane Cafe becomes an ideal place for tired tourists to unwind and satiate their hunger.

The cafe is on Kimkwangsuk Street, which is a very famous art district in Daegu. If you’re interested in unique places, the A-Plane Cafe makes the cut not only because of its interior decoration and architecture but also because of its address.

As mentioned, the A-Plane Cafe is a good place to unwind and relax. This is partly because of its cool, sophisticated minimalist interior. The cafe is designed to elicit peaceful and tranquil vibes.

Overall, the cafe mimics the sixties in its aesthetic. The architecture, furniture, and color scheme all make it look very vintage. Therefore, it’s a nice place to either relax with friends or work on stuff.

If you’re looking for a place to work on your job, the aesthetic interior might help stimulate your brain, and aid you in working faster.

The Menu and Coffee Are Absolutely Amazing

The A-Plane Cafe Daegu sells some terrific cocktails and drinks. However, the most popular item on the menu is the waffles. You can get these waffles with any toppings, including ice-cream, blueberries, strawberries, chocolate, etc.

While the cafe’s view is great, the waffles and other sweet dishes are better. The cafe is highly praised for its food, especially its burgers. Since the cafe matches a sixties aesthetic, the food mimics American chocolate shops.

Most people enjoy the classic American trio: burger, fries, and a shake.

However, the cafe makes good coffee too. Since it’s a versatile space, the menu is balanced with healthy options such as salads and wraps, and grease-packed options such as burgers, bacon, and eggs.

Since it’s a roof-top cafe, the A-Plane Cafe is on the top floor of a six-story building. On the remaining floors, there are multiple exhibits and activities, which will help you connect with contemporary Korean culture.

For one, there are three art galleries in the building, each showcasing different art exhibits. One exhibit features contemporary sculptures while the others showcase paintings and graphic designs.

Next, the building also has a fashion archive. This is on the floor directly underneath the cafe. It exhibits different forms of Korean fashion throughout history.

Lastly, there’s also a theatre on the first floor. The theatre mostly features acts by local actors and independent playwrights. It’s an interesting place to explore, especially if you have a passion for the arts.

Now, for Instagram bloggers everywhere, the best place to take pictures on the roof-top is the patio. The patio includes a view of the entire city, making it the perfect backdrop.

When we’re on vacation, we want the most aesthetic photos possible. In the A-Plane Cafe Daegu, there are many opportunities to take such photos.

If you visit the cafe near sunset, the view is even more spectacular. Since sunset isn’t during rush hours, you’ll most likely get to take pictures peacefully.

In sum, A-Plane Cafe Daegu is trendy because it’s very unique. The concept behind an ‘airplane’ theme cafe seems very original. It succeeds in piquing the interest of different tourists.

However, the cafe doesn’t disappoint in terms of quality. As reported in multiple food blogs, the cafe has a great menu. You won’t regret visiting it. 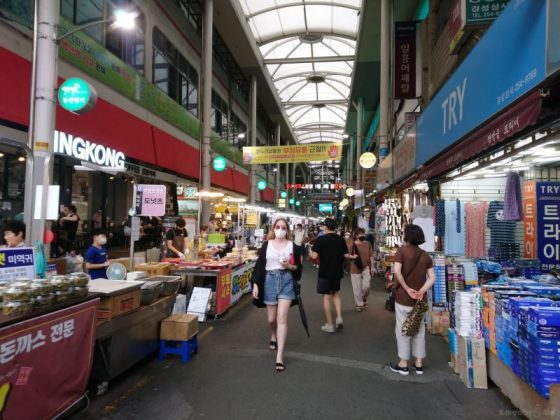 Five Places to Visit in the Famous Daegu Seomun Market 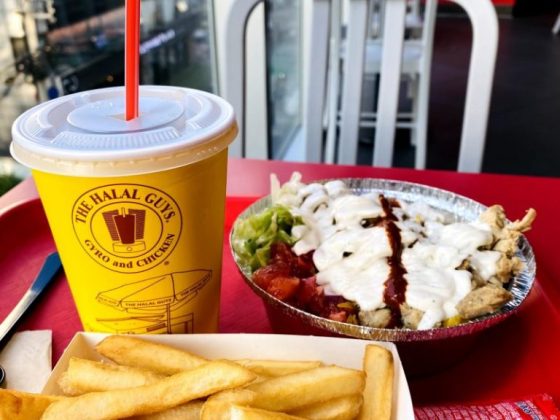