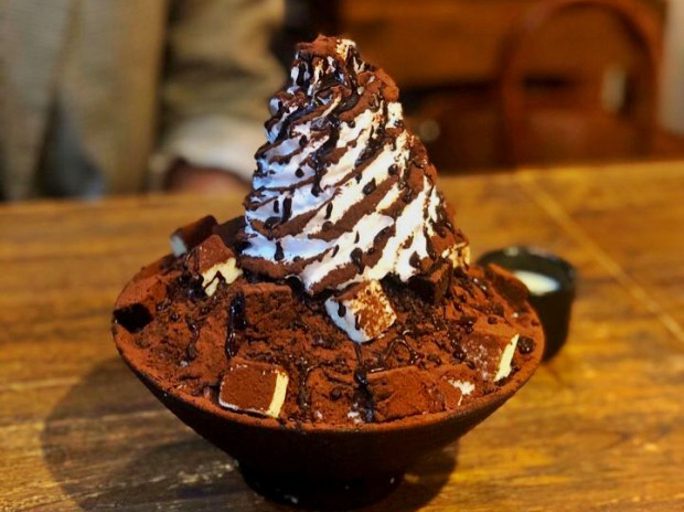 Picture your favorite dessert. Now say goodbye because whatever you’re picturing has nothing on bingsu! The only way to describe the dessert is absolutely freaking fantastic. It looks great – and then proceeds to taste even better. It starts off with a light and fluffy snow-like base. Then, it’s piled high with all sorts of deliciousness. Although there are many different versions of the dessert, one thing you can be sure of. There is no way you can finish it by yourself. This treat is meant to be shared.

Table of Contents
What is Bingsu?
Types of bingsu
Where to Find it
When to eat bingsu

As I said earlier bingsu is shaved ice with a Korean twist. It is one of the most popular Korean deserts. Koreans have the culture of eating dessert as the second round of a night out, after having a meal. It comes in all different flavors and sizes. You will definitely find one that suits your taste. It is also the perfect dessert to share with your friends as it is huge!

However, despite all of the variations, one thing is consistent – the texture. All proper bingsu comes as an extremely fine blend of ice or frozen cream. Unlike shaved ice in western countries, you can’t feel the granules. It is shaved to a texture similar to snow.

There are many different types of this frozen delicacy. They come in so many different flavors. You will definitely have a hard time choosing your favorite one.

For traditional flavors, the most common are pat bingsu, injeolmi bingsu, and green tea bingsu. Pat bingsu is the OG. It is made using a sweet red bean paste and is usually topped with Korean rice cakes.

Next is injeolmi bingsu. Injeolmi is roasted soy-bean powder. The closest international equivalent to the taste would be peanut butter but in powder form. It has a delightfully nutty, creamy feel to it that makes it one of the most loved flavors.

Our final popular traditional variety of bingsu is greentea. Green tea bingsu offers a refreshing end to any summer’s day. Hence, it is one of Korea’s most popular summer flavors.

Fruit bingsu is popular all year round. As the seasons change different fruits are in their prime, and with that so are different flavors of this snowy dessert.

The frozen treat is available for pretty much any fruit you could possibly imagine. There is strawberry bingsu available in spring, melon and mango in the summer, persimmon in fall, and apple and kiwi in winter.

There are endless possibilities when it comes to this dessert. Lots of shops create their own versions using trending tastes and snacks.

Where to Find it

Sulbing is the most famous bingsu chain in South Korea. They have so many different kinds, and regularly add new additions to their menu. Sulbing is one of the best places to try the dessert as the portions are huge and they add so many things to their desserts.

For a franchise, they are extremely good quality and beautifully made. I think it’s safe to say that they have set the standard for the dessert in Korea.

Bingsu is most commonly sold at small family fun cafes and specialty shops. During the summer there are many cafes that serve the treat to their customers. But, surprisingly, it is also a tradition to eat the dessert on the coldest days in winter.

When to eat bingsu

While it is most widely eaten during the summer, people also tend to eat them during other seasons. You can eat it whenever you want as it is always available in South Korea. It is not a seasonal dessert. You can enjoy it anytime and anywhere.

In fact, it is actually a bit of a tradition to eat the frozen treat during the coldest days in winter. According to traditional medicine, you should keep a balance of temperatures between your body and the environment you are in. And so cold things are traditionally eaten in winter and hot things in summer. 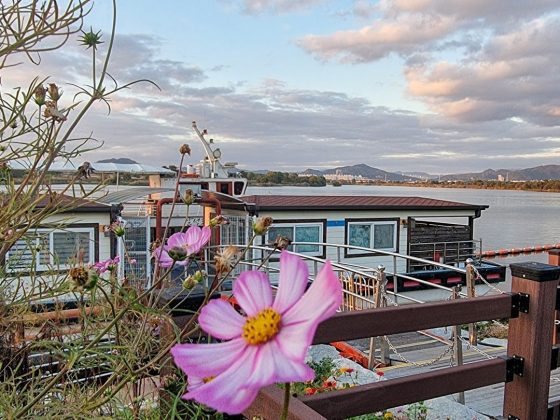 Why Daegu? 5 Reasons to Visit Daegu This Spring