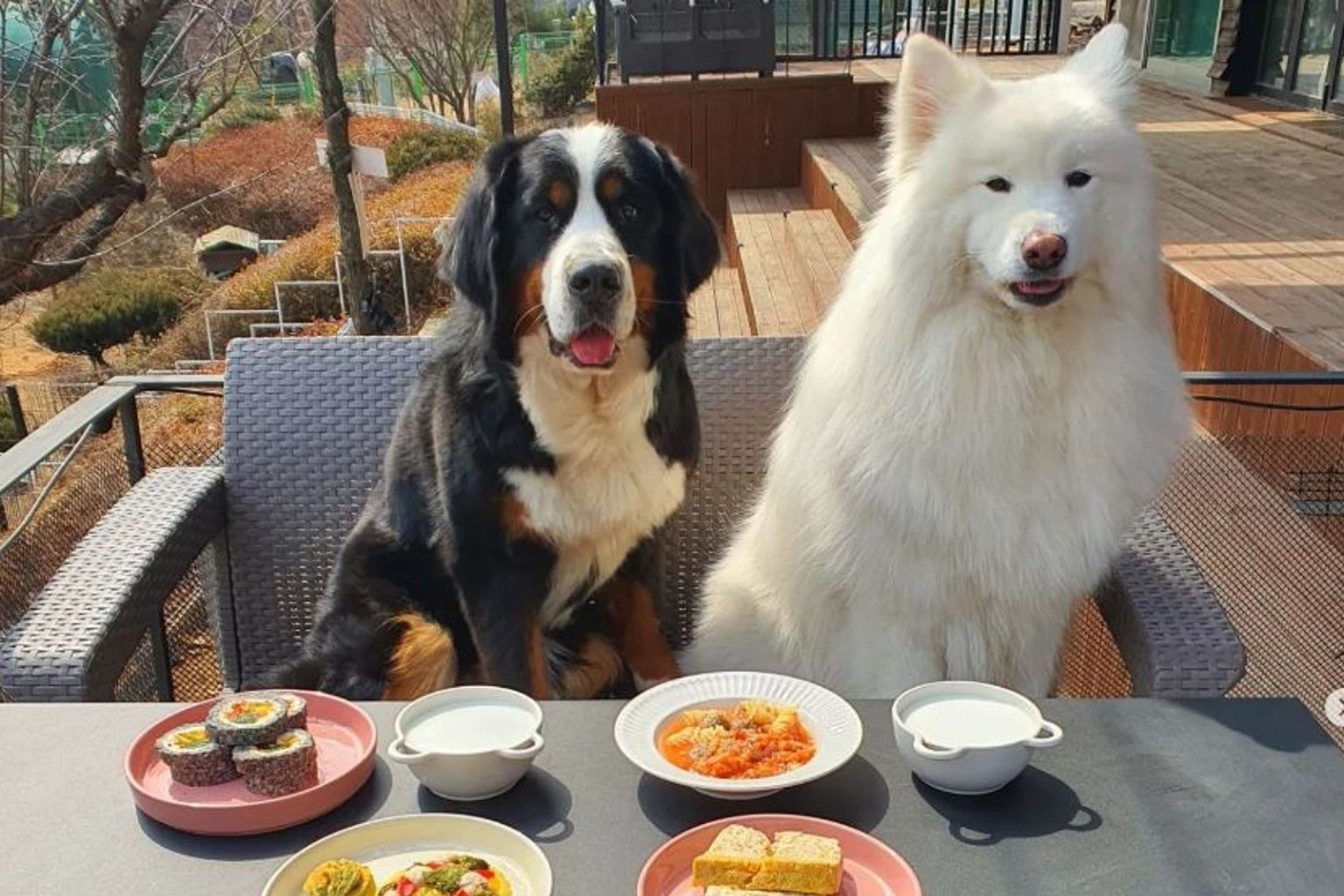 Calling all dog lovers in Seoul! I have found the perfect dog paradise full of fluffy friends. Introducing Dog Café Hirit, a place where all your fluffy dreams come true!

Located on the third floor near the lovely Children’s Grand Park, Dog Cafe Hirit is one of the most popular dog cafes in the area. Home to various breeds of adorable little and giant dogs, this cafe has won the hearts of all who have come to know about it.

In fact, this small dog cafe became so popular, that it recently expanded. They recently opened a new branch just outside of Seoul in Ouijeongbu. The new location not only has dogs that you can visit, but you can also come along with your furry friend.

It is a cafe for you and your dog to enjoy together. The Ouijeongbu location has a dog playground, a swimming pool, and a grooming area.

The interior was simple and wide. There were around seven to eight different breeds of dogs running around happily and freely. Before you enter, the staff will sanitize your hands. While sanitizing our hands, we were greeted by a crowd of dogs. They were curious as to who had arrived and had all their eyes on us. Tongues and tails were wagging from left to right. 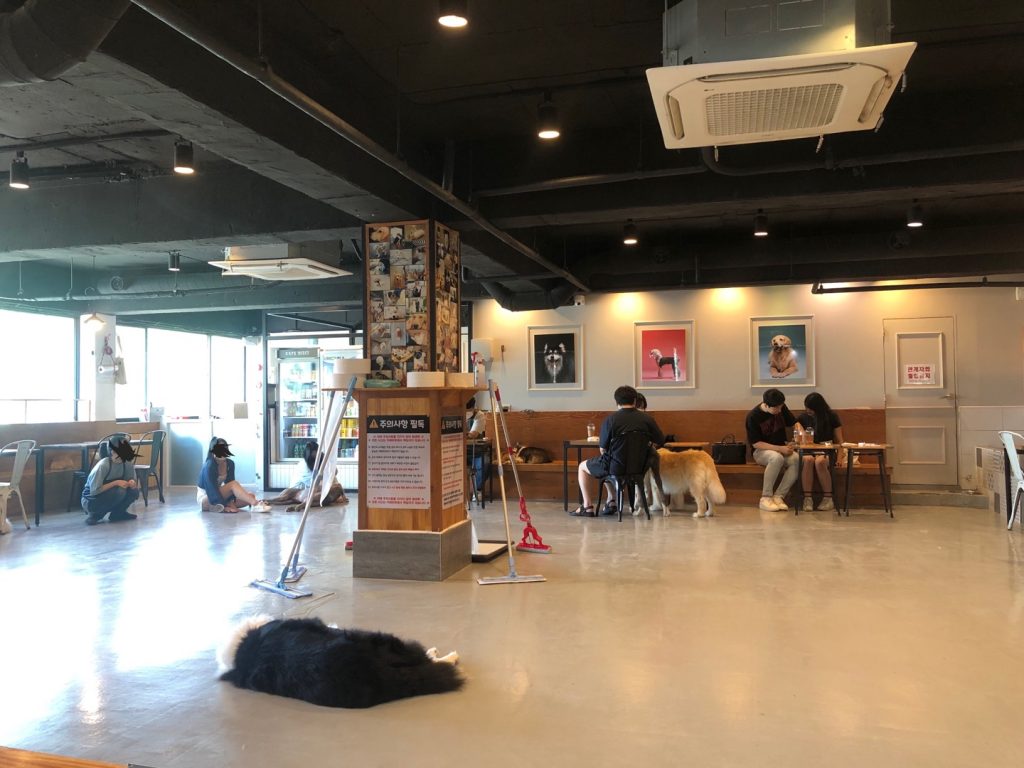 Now, being an animal café, there were definitely treats available for the guests to give out to the dogs there. It was about 11,000 won for one drink and one pack of dog treats. The moment the dogs caught sight of the treats in our hands, they rushed over to our seats and would not leave us alone. Even the big dogs were climbing up to greet us. Of course, they were friendly. However, they were super greedy when it came to their treats. 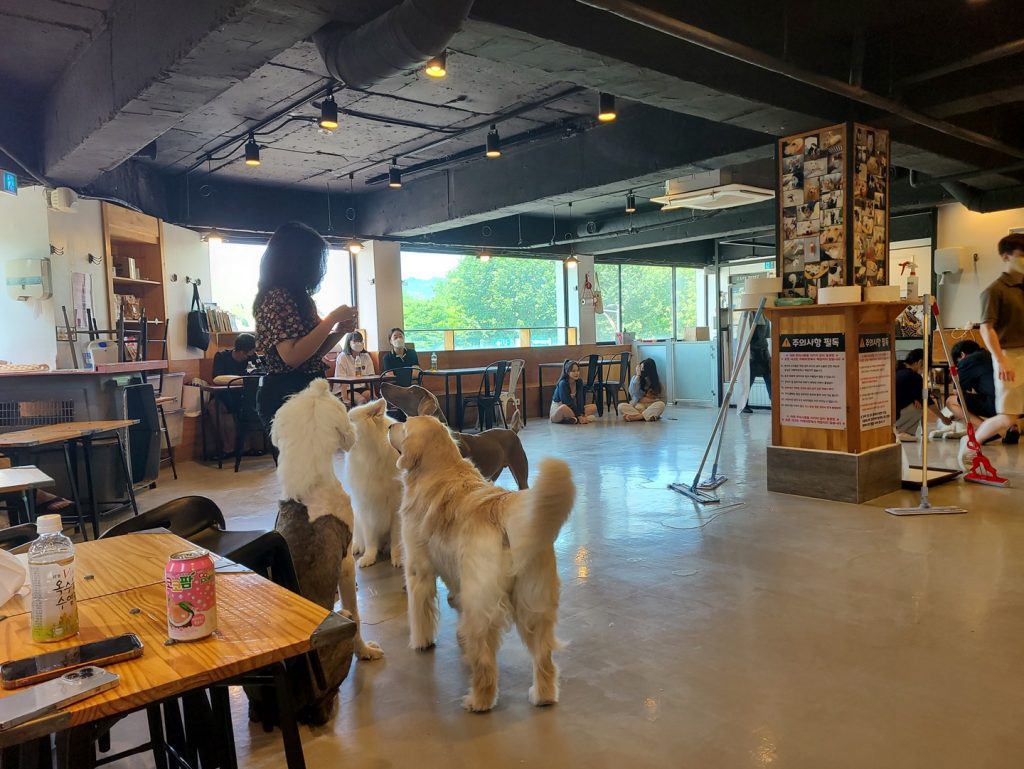 Here, I am giving out the treat to the greedy little fluff balls. Well, not so little. They were huge and would not listen to me at first because I was nervous. However, I added a bit of sternness in my voice and managed to get them to sit.

The greyhound was the greediest of them all. He is well known at the cafe for being a gigantic attention-seeking baby. He would butt in and steal some of the treats and love I was giving out. It got to the point where one of the part-timers had to lead him away so that the rest of the group could have some. 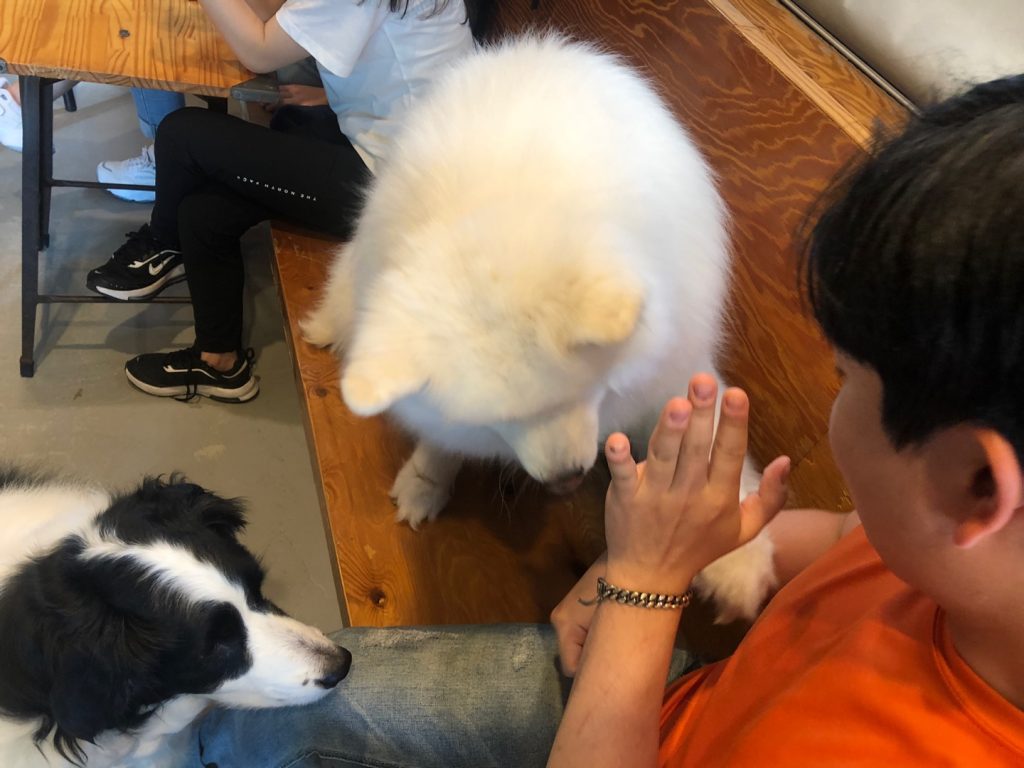 The dogs were amazing! They could all do simple tricks like sitting down, lying down, and even high-fiving! However, they were all filled with personality and some were impatient, even when told to wait. Some were pawing at my husband’s fist, trying to get the treat out. The Border Collie was trying to play it cute with my husband by placing his snout on his lap. It was an adorable sight to see. 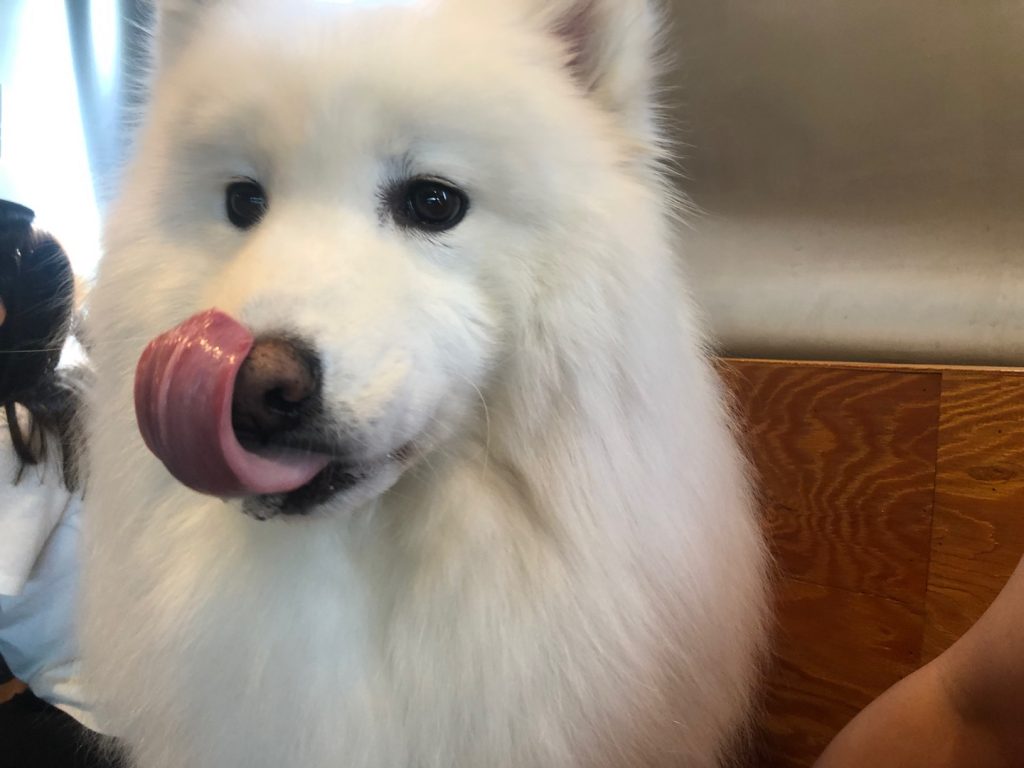 I love dogs and all animals, so I did not mind some slobber and drool all over me. Especially this big boy, the Samoyed. He was drooling all over us, waiting patiently for his treats. Well, half of the time. He was huge! When he felt impatient, he would come over to my side and drool all over my jeans for a treat. I gave him one of course, because who could resist such a face! 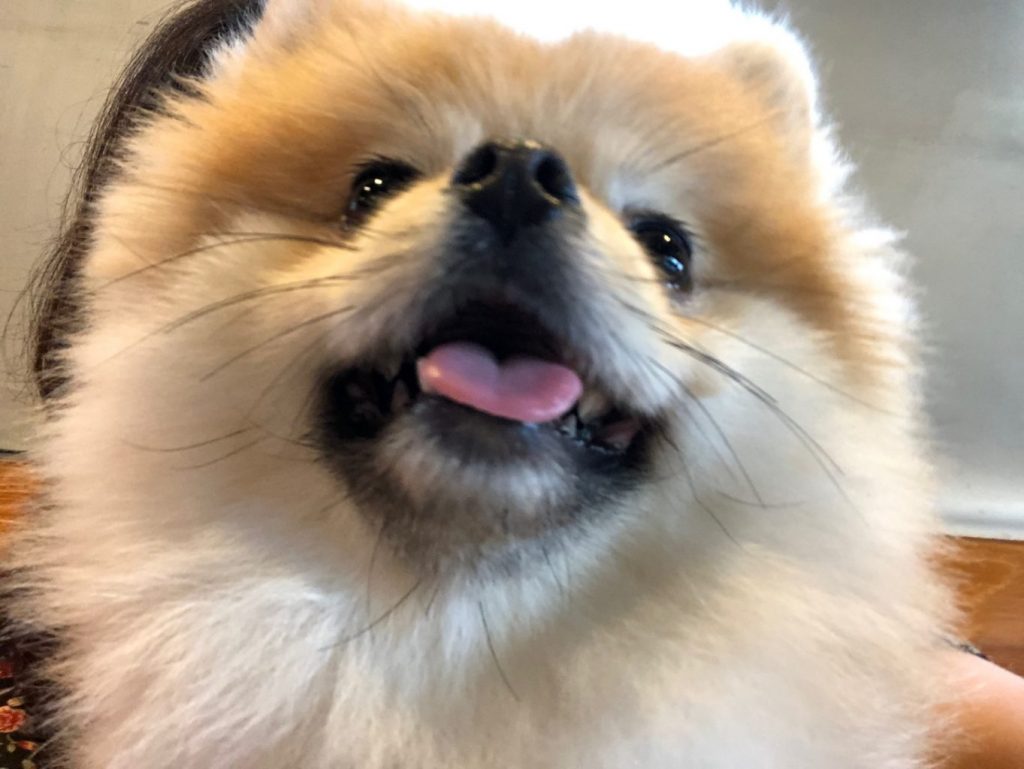 Another dog that stole our hearts was the Pomeranian. The Pomeranian sat next to us the entire time and even took a selfie! The Pomeranian eventually fell asleep next to us and snuggled into the lap of the customer next to me. Just look at that face! 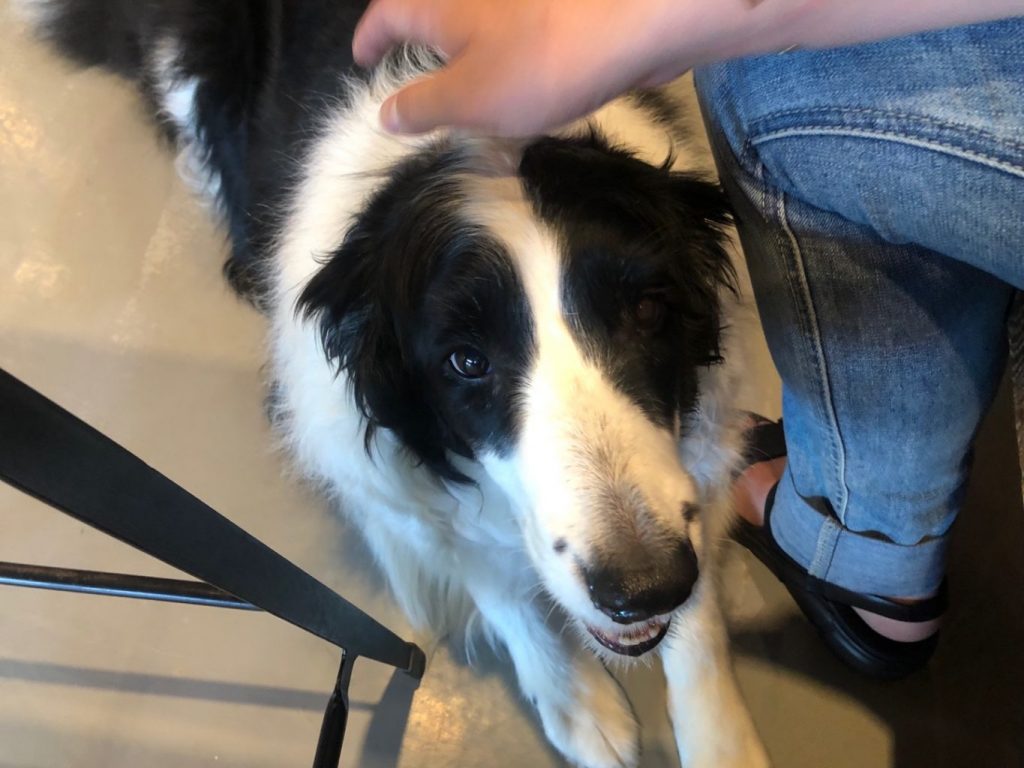 If you love dogs or are just a full-on animal lover who wants a fun new place to check out, I recommend giving Dog Café Hirit a visit! The dogs there are playful, fun to be around, and had big personalities. However, overall it’s a great place to spend time with family, friends, or even that special someone!

Cafe Hirit’s second location is in Uijeongbu, just outside of Seoul. What makes this dog cafe special is that you can also bring your own pet. They have a dog playground, swimming pool, and even a grooming area. There is a large wide-open space where your pup can run around and make new friends while you enjoy your coffee. Then you can dine together with your dog, as they have an entire pup-friendly menu.

So, if you have your own pup here in Korea, you can take them out for a special day. The entrance fee for humans is 8,000 won and dog entry starts at 5,000 won and goes up to 35,000 won depending on which activities you want access to.

If you want to check out more animal cafes, click here for my article on Raccoon Café Kkukkune. 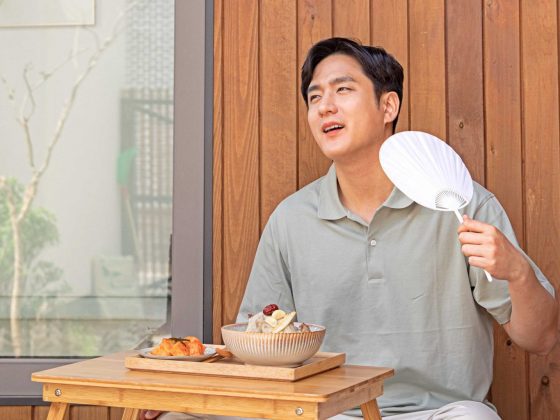 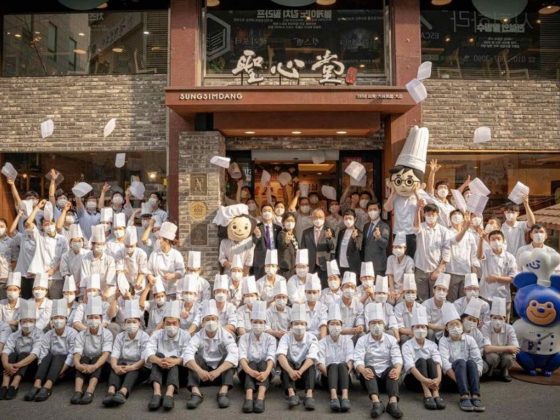