When traveling, trying the traditional or popular foods of a specific place is a must. Do you want to try new and a one of a kind food? Are you also one of the countless travelers who prepare a list of foods to try when traveling? If you are planning to visit South Korea, I prepared something for you. Here, I put a list of top and popular Korean dishes that you should never miss to try.

Korean foods can be classified into a group of main dishes, subsidiary dishes, and desserts. Korean cuisine is based mostly on rice, meat, and vegetables. However, Korean cuisine is not just meat, rice, or veggies. There are a bunch of distinctive Korean foods in every corner of Korea. Once you tried these foods, you will definitely crave them again and again.

Samgyeopsal is a grilled unseasoned pork belly, usually grilled with garlic and kimchi, dipped in a salt mixture or oil or sauce (ssamjang), and wrapped in lettuce. Normally, the meat is neither seasoned nor marinated. Though samgyeopsal restaurants are now offering marinated meat as they gained fame since the 2000s. Furthermore, samgyeopsal is literally translated as ‘three-layer flesh’. However, in Korea, the word samgyeopsal means ‘pork belly’. And did you know that in South Korea, the third day of March is a ‘Samgyeopsal Day’? They made this day due to samgyeopsal’s three-layered composition (3.3).

Samgyetang is a ginseng chicken soup. It is a dish with a whole chicken stuffed with ginseng, jujubes, rice, chestnuts, and garlic. In Korea, they traditionally eat this during the summer season. Moreover, they have this belief that eating samgyetang improves body health. That’s why you can see mostly older people are eating in samgyetang restaurants. As for the costs, it’s quite expensive. The restaurant I went to before, costs 13,000 Korean won per serving. Nevertheless, it is satisfying and worth it.

Bibimbap is a Korean rice dish. It is a bowl of rice topped with seasoned vegetables such as carrots, bean sprouts, spinach, sea tangle, cucumber, mushrooms, and/or kimchi. Some variations also add sesame seeds, fried or egg, and/or sliced meat with a bit of red pepper paste. In Korea, Jeonju is famous because of its traditional bibimbap. It is one of the most popular dishes in Korea. I already tried different variations of bibimbap, but Jeonju bibimbap was my favorite. Why? The reason is I did not just buy it in a restaurant. I made it myself when I was in Jeonju. Do you want to experience bibimbap making? If you visit Jeonju, you can join a bibimbap making class at Jeonju Cultural Foundation. Try it, I assure you it will be a great experience.

Bulgogi literally means ‘fire meat’, a thinly sliced beef marinated in soy sauce, garlic, sugar, sesame oil, ground black pepper, and green onions grilled on a griddle. The beef used is marinated before cooking making it more tender and flavorful. Moreover, bulgogi is served in barbeque restaurants and is eaten any season of the year. However, Koreans usually grill and eat bulgogi during special occasions or celebrations.

Dakgalbi is a marinated chicken chunks stir-fried in a red chili paste-based sauce. It includes vegetables such as cabbage, sweet potatoes, scallions, and rice cake. In Korean, ‘dak’ means chicken and ‘galbi’ means rib. However, dakgalbi doesn’t use the ribs of chicken as the main ingredient. My favorite variety of this dish is the cheese dakgalbi. With the cheese on it, it makes the dish less spicy. I really loved it. If Jeonju is popular with its bibimbap, Chuncheon on the other hand, is known for its dakgalbi.

Hope you will enjoy eating these popular Korean dishes. You can also check other dishes such as Korean soups and stews, noodles, snacks, desserts and side dishes here:

Guide to Health Insurance and Health ...
A symbol of love and tolerance - the ...
Food Adventure: Dumplings in Seoul
Cheonggyecheon Stream – A Restored ...
Meet the K Drama Actors of Hellbound ...
Jazz up your home with these Indonesi...
Three Best Museums to Visit in Busan
Hanyang Doseong, a piece in history i...
Total
841
Shares
Share 841
Tweet 0 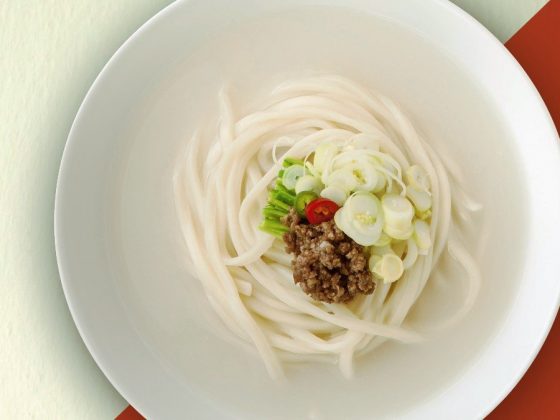 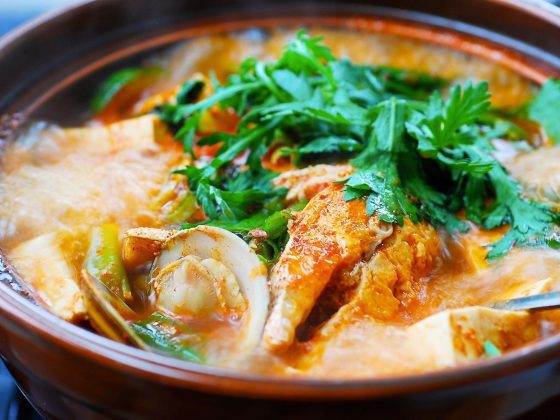