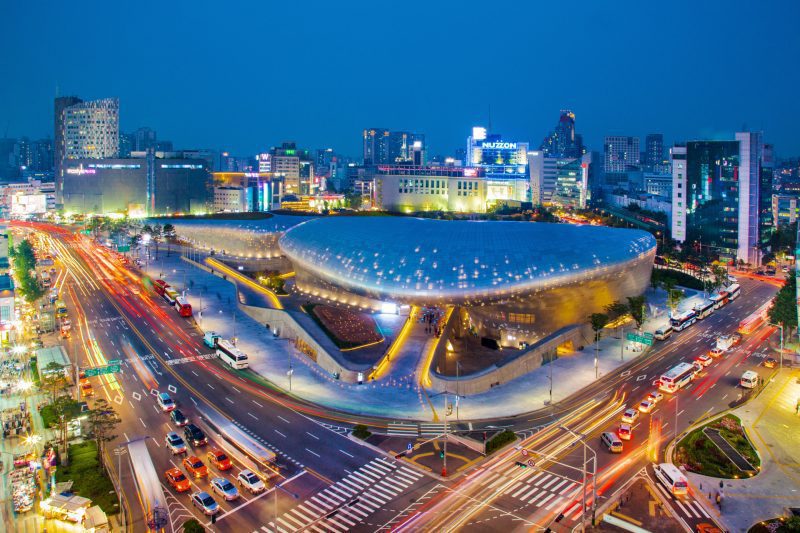 5 stunning facts about South Korea you need to know!

South Korea is famous for their tremendous K-Pop value and also their unique culture including their specialty in serving foods. However, South Korea has a lot more than just K-Pop and Kimchi. Here are some of the 5 stunning facts about South Korea you need to know! Get ready!

Table of Contents
Home to the one of the world’s best airports!
Heaven to those tech geeks!
More Than Half of South Korea Are Forest!
Best Surgical Enhancement!
Fascinating Futuristic Architecture!

Home to the one of the world’s best airports!

As a matter of fact, the airport opened for business on 29 March 2001 to replace the older Gimpo International Airport. Now it serves mostly domestic destinations and shuttle flights to several East Asian metropolitan areas including Tokyo, Beijing, Shanghai and Taipei. Be sure to be amaze as soon as you reached the first destination when arriving South Korea.

Heaven to those tech geeks!

Digital addicts will be relieved and delightful to know they will never have to wait too long for their internet fix in South Korea. Believe it or not, the country was judged to have the world’s fastest internet connection speed for the 12th consecutive quarter last year. The report showed South Korea’s average broadband adoption rate to be 26.1 megabits per second, putting it ahead of Norway, Sweden, Hong Kong and Switzerland. It is also reported to have the best 4G availability in the world, with users able to expect a signal 95.71 percent of time. I bet you will love to surf the Internet here more than your home country!

More Than Half of South Korea Are Forest!

Beyond the skyscrapers, South Korea boasts a spectacular natural landscape. 64 percent of this country is covered in forest. To add, there are plenty of mountains and forests, including eight that surround the capital. The famous mountain ‘Seoraksan’ forms part of the backbones of the Korean peninsula. The mountainous landscape is one of the dreamy peaks that you might want to look closely when wandering here. Besides that, South Korea also has more than 2000km of seaside, with wide coastal plains to the west and south. And it nearly has 3000 small uninhabited islands just offshore.

As you may know, South Korea offers some of the world’s best skincare products. But it has also been reported to have the highest per capita rate of cosmetic surgery in the world. One in three woman in the country aged between 19 to 29 reported to have gone through medical operation according to a 2015 survey by Gallup Korea.

The most popular procedures were reported to be eyelid surgeries. This is the answers of how Korean actor and actress seems so fine in Korean dramas or movies. Nevertheless, other people also consider gone through under the knife is a trend and typical in their community. The streets of Gangnam house several cosmetic clinics. And the city’s metro stations are filled with giant advertisements for cosmetic surgery showing women with the perfect face. Since last year nevertheless,  Seoul’s metro network announced it would be banning plastic surgery adverts across its stations.

The capital is home to some truly striking architecture, including one of the Zaha Hadid’s creation, the Dongdaemun Design Plaza (DDP) with its curvaceous metallic façade. And the 1819-foot Lotte World Tower is also stunning. As a matter of fact, DDP was selected as one of the “Top 52 Places to visit in 2015” by the New York Times.

It was the filming location for a lot of dramas. No doubt that it is the iconic landmark of the Korean design industry. The park gives a glimpse of how the area was once used as a military training ground during the Joseon dynasty. The park seamlessly extends onto the rooftop of DDP, making it truly unique park in South Korea.

Korean Age - How To Calculate Age in ...
Renting a Hanbok
A Guide to Fruit and Veggies for New ...
Three famous temples you should visit...
Why Should You Go to Seoul's Bongeuns...
Luxury Grilled Lobster at the Table o...
Noryangjin Fish Market - Eating live ...
IU to Korean Odyssey: Japanese Coloni...
Total
1K
Shares
Share 1K
Tweet 0