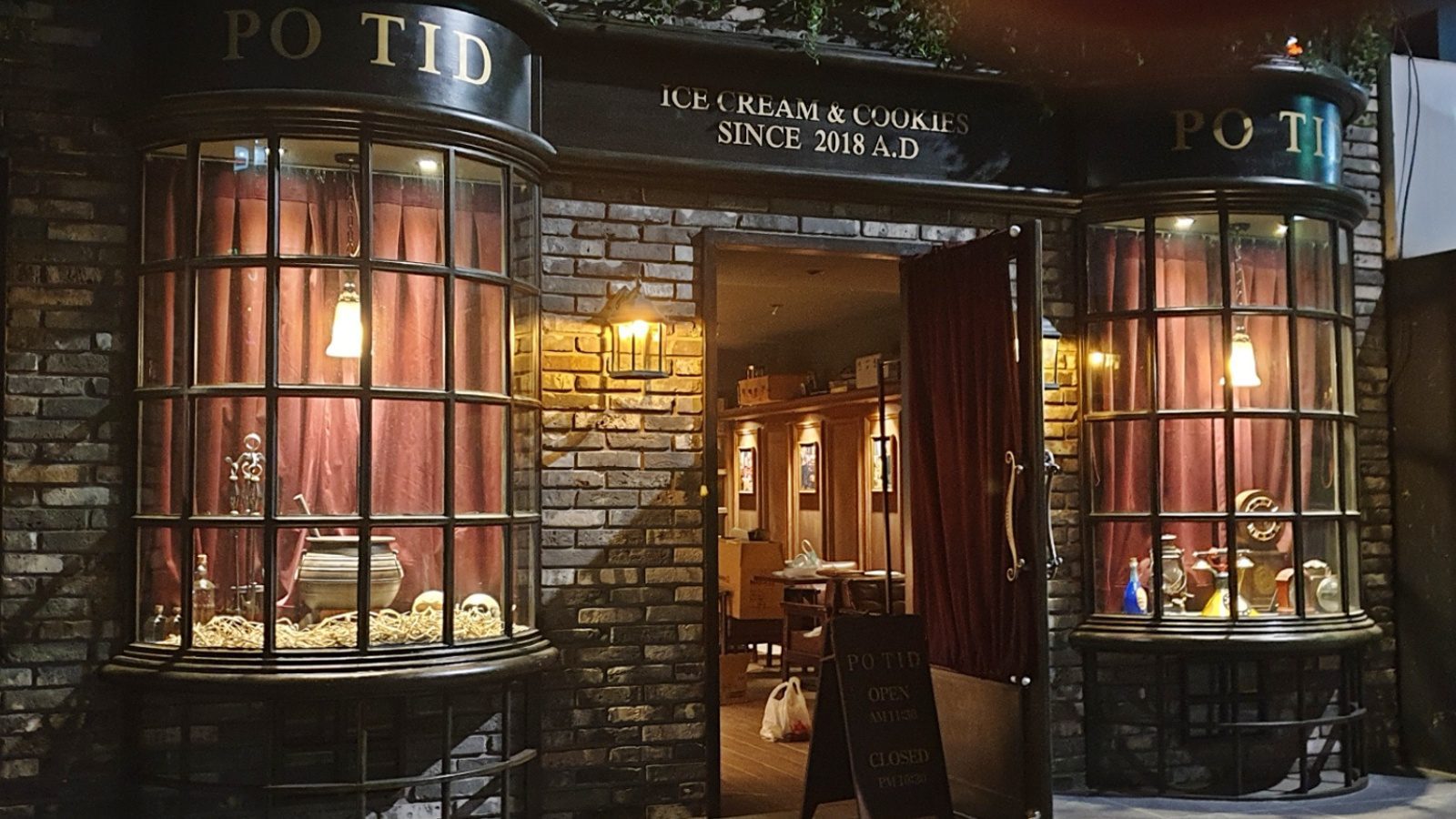 Harry Potter was part of the childhood of many. Despite the last movie coming out over a decade ago, it is still common to see the movie being played on TV screens as new generations are born and enchanted by this marvelous universe.  Without further ado, here are 3 places in Korea that Harry Potter fans should visit!

This place is probably the country’s most famous Harry Potter fan sight and there is a reason why. This is actually a seven-floor building – if we include the basement. It’s all Harry Potter-themed for fans to enjoy! There are sessions to enjoy the movie soundtracks and a story area as well. The cafe is also grandiose, divided into several parts, each inspired by some aspect of the books, movies, or the universe as a whole.

As having so many attractions indoors, the outside is also filled with decorations you can enjoy taking themed pictures with!

PO TID is relatively new compared to most cafes related to Harry Potter fans in Seoul. Since four years ago, they have had a branch in Busanjin, Busan. But now the doors are open for you to enjoy it in the capital.

Different from King’s Cross cafe which was inspired by…well, King’s Cross Station, this one was influenced by Ollivander’s wand shop. With a glimmering and cozy atmosphere, you will be able to enjoy your drinks and food while beholding walls full of wands, witches/ wizards’ paintings, and loads of magical creature figures. There is no way you will not feel the magic around you when you are there!

The building is smaller than King’s Cross but that does not hinder you from having a lot of fun and delicious food. Oh, and it is a great option if you want to save a little money since it is cheaper compared to the cafe cited above.

When deciding which Harry Potter to create this establishment near Daegu after, the owners drew inspiration from the whole of Hogwarts. So, when you enter the cafe, you will be amazed to find each of the school houses’ decorations. However, you will also find other places in the Harry Potter universe represented, such as the alleyways of Hogsmeade. There is a “bar balcony” just like in the village and also a wall with Daily Prophet headlines. How nice is that!

The place does a great job at reminding customers of stuff related to the series, especially the movies! They also have a really good menu. As a matter of fact, every utensil that comes along with the food is also themed. Magic everywhere!

To be honest, compared to the other two establishments mentioned above, Hogsmead might go unnoticed. If you are rushing around the area on a daily basis you may not even notice it. This is because the entrance is a little bit more… muggle compared to the other locations. But, don’t judge the whole place for that! You will travel to a new dimension as soon as you open the cafe doors.

This year marked 26 years since the first Harry Potter book’s publishment! So many people from so many different ages grew in love with the stories. I am sure you are one of them. I hope you are able to go and enjoy celebrating such a big date!

Want to learn about one more Harry Potter-themed cafe in Gimhae? Click Here for more information!