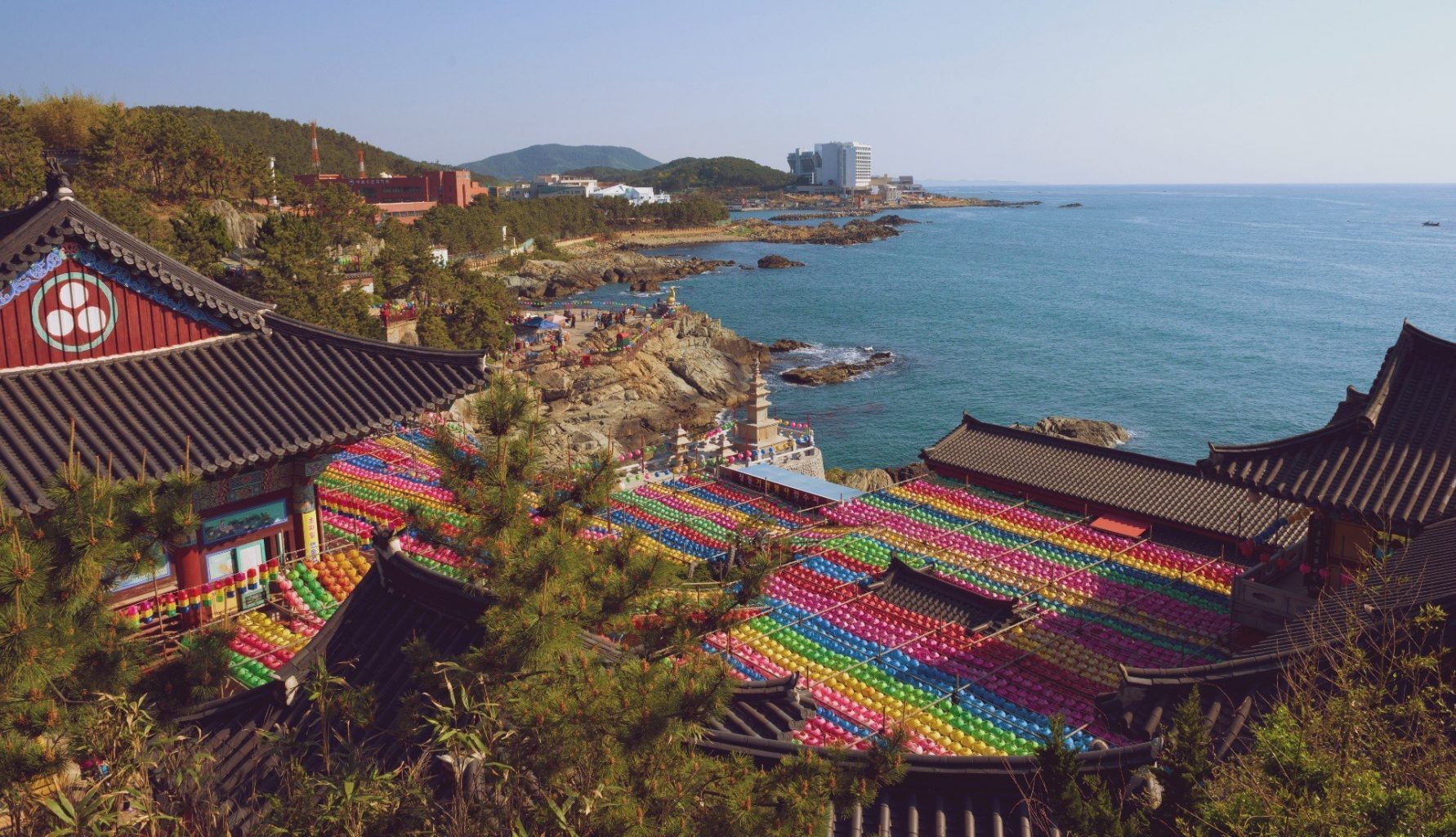 Are you thinking of making it to Busan as your next traveling destination? But you aren’t so sure where to visit or what to include in your itinerary without missing out on the beauty and landmarks that Busan has to offer…

If that’s the case, then you’ve come to the right place as here you’ll find all the answers to your questions. This blog is particularly based on the places you should MOST DEFINITELY visit during your 3 day stay in Busan.

Covered with white glittering sand and beloved of the locals and the tourists is Haeundae Beach. The beach makes the perfect spot for all sorts of water sports and swimming activities considering its shallow bay.

It also features one of the largest aquariums in the country known as the Busan Aquarium. The aquarium is located in the middle of the sandy beach.

And if that’s not all, you can enjoy traditional games like Korean wrestling, yutnori (a Korean board game), tuho (arrow throwing) and more at Folk Square on Haeundae Beach.

How To Reach The Haeundae Beach?

Traveling Through The Subway

In order to reach the Haeundae Beach, you can hop on the subway from Busan subway station line no. 2. There on, you can make an exit on the Haeundae Station from exit 3 or exit 5.

Haedong Yonggungsa is basically a Buddhist temple located near the seaside in Busan. It is unique considering the unusual location for a place of worship. Nonetheless, this temple on the shore is a hot spot for the visitors to come by and witness the raw beauty of the dawn, especially on the first day of the new year.

Haedong Yonggungsa is said to have spiritual and mystical occurrences. Believed by many, one of the statues in the temple known as Yacksayeorae Healing Buddha has said to have cured many diseases. If that’s not all, the statue of the Goddess of Mercy or Haesu Gwaneum Daebul is believed to have a mystical aura due to many enigmatic occurrences.

How To Reach The Haedong Yonggungsa Temple?

Rising above the ground and soaring towards the sky is the Busan Tower with a great height of 120 meters. The beautiful Busan Tower is located on Yongdu mountain or better known as Yongdusan.

Being Busan’s pride and one of the landmarks, the tower features some of the best attractions for the visitors.

The lower half of the tower offers various souvenir shops and art galleries. Whereas, visitors can enjoy the panoramic view of Busan city from the deck of the tower.

How To Reach The Busan Tower?

Traveling Through The Subway

To reach the Busan Tower, you can ride the subway from line 1 of the Busan Subway Station. Once on board, you can make your way towards the Nampo Station and make an exit form Exit 7.

From there on, you will have to walk for a few minutes to arrive at the entrance of the Tower.

By the way if you also have plans to go to the North Eastern side of Korea, in Gangwondo, don’t forget to go to Yongpyeong Resort.

It’s safe to say that at this point Busan is blessed with many gifts from the nature. One of the greatest gifts Busan has, is the Taejongdae Resort Park.

Taejongdae Park is best known for its stunning landscapes and seascapes. The park itself is more like an island.  Some of the famous attractions featured by the park are the Yeongdo lighthouse, Taejongdae pebble beach, Tea kettle island, Taejongsa Temple and more.

The Taejongdae Resort Park is quite huge, so to facilitate you in exploring the park is the Danubi Circular Train. It’s basically an adorable, cute and yellow hop-in hop-off train which helps you explore the pack.

How To Reach The Taejongdae Resort Park?

One of the easiest ways to reach the resort is to arrive at the Nampo subway station and make an exit from Exit 6. From there on, you can ride the public bus no. 113, 30 and 8 to reach your destination.

If you’re a person who really admires art or street art in particular, then this village is the one you should not miss out on! Once known for its slum population, The Gamcheon village has now turned into a village filled with LEGO like, vibrant color houses.

The neighborhood naturally lures its visitors and sightseers up the steep path into its tiny labyrinth like alleys. So, if you ever get lost while exploring the village, know that you aren’t the only one who’s ever gotten lost here… Most people do!

Oh, and if you happen to be in Seoul, don’t forget to go to Gyeongbokgung Palace.

How To Reach The Gamcheon Culture Village?

Once here, you will have to walk towards the bus stop near Pusan National University Hospital. From there you can ride bus no. 1-1, 2 or 2-2 towards the Gamcheon Culture Village.

Don’t forget to leave you comment and let us know which one of these places if on top of your bucket list?