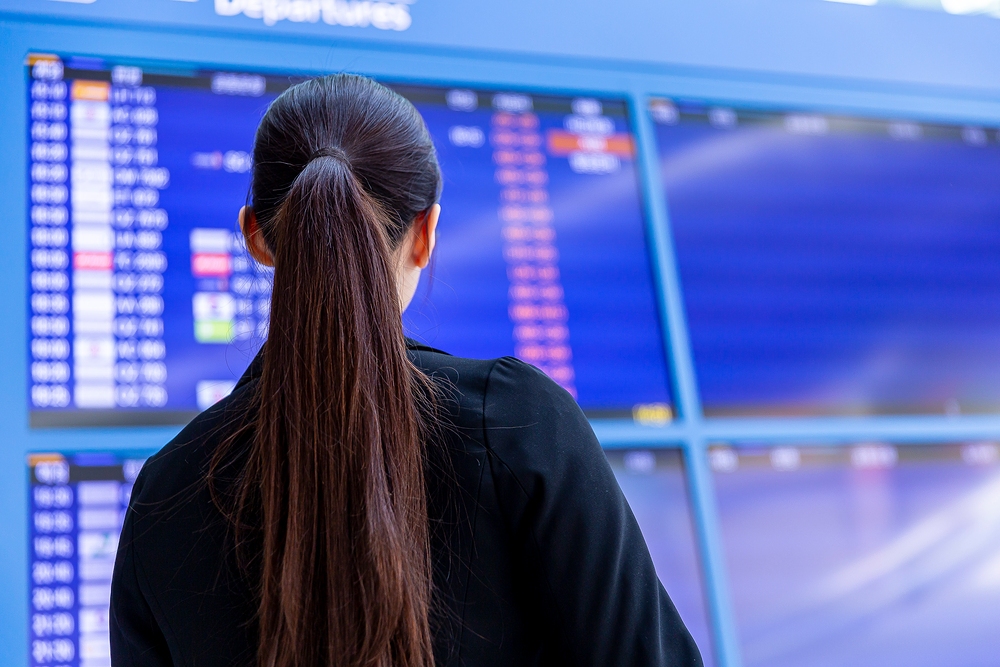 Over 5 years ago I embarked on my flight heading to Korea, to study my Master’s. Familiar with studying? Sure. But living in South Korea? I had no idea what to expect. I didn’t speak the language at the time and I didn’t know anybody.before my interview at the Korean embassy in my home country, I was terrified because almost everyone had done so much research. Nonetheless, I managed to make it here and become a well-adjusted citizen. There are many things I wish I knew before I came here, so I am sharing them with you. Read on for 15 things I wish I knew before moving to Korea.

Table of Contents
1. Korea is Tourist-Friendly
2. Age Matters
3. …And so does Soju
4. Korean Phone Cameras have a Shutter Sound
5. You’ll Never Get Bored
6. Korea is Keyless
7. Korea is Cheap!
8. People Spit in Public
9. Koreans like to Save Face
10. There aren’t many Trash Cans
11. Koreans love to Hike
12. K-Beauty is as Good as they say it is
13. Men do — and don’t — Wear Makeup
14. Personal Space is a foreign concept
15. Questions, questions, questions…

When I first came to Korea, it was way more difficult to get around as a non-Korean speaker than it is today. In fact, Korea is one of the most tourist-friendly places to visit on the planet! Through the global popularity of K-Pop and K-Drama, the Korean government has made huge efforts to make the country accessible to foreigners. Practically every road sign now has English as well as Korean, and the same applies for the major apps like Kakao and Naver!

When in doubt, look for the Red Angels. The Red Angels are the Korean government’s designated tour guides, who you’ll find scattered around Seoul dressed in red. They can always speak English and usually other languages like Chinese and Japanese too.

Koreans have a very peculiar age system, at least from a foreigners perspective. When you are born, you are already considered to be 1 year old. Additionally, your age is considered to change on January 1st each year, rather than your actual birthday. An old Korean myth states that you get 1 year older when you eat ddeok-guk (rice cake soup), a popular delicacy during Seollal (Lunar New Year.) 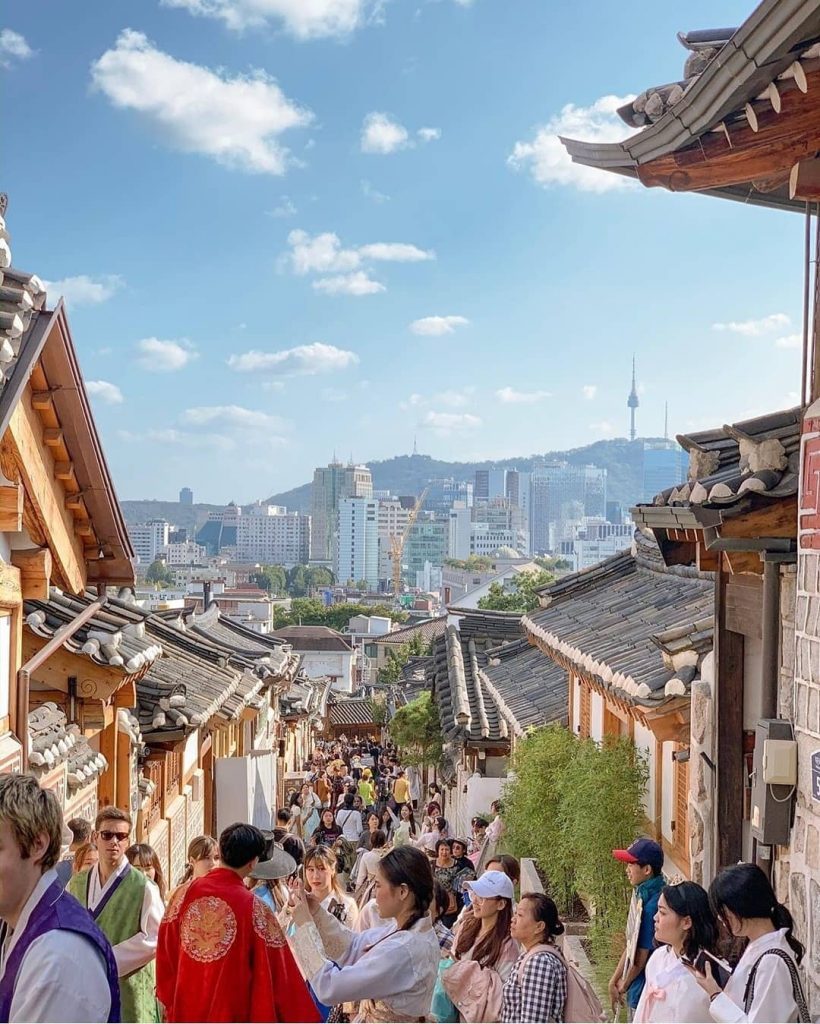 The Korean language typically differs depending on the age of the person you’re talking to. For instance, ‘an-nyeong‘ is a less formal way of saying ‘an-nyeong-ha-se-yo‘ (hello in Korean). You would usually say an-nyeong to your close friends or those younger than you, but definitely not to those older than you, unfamiliar to you or those more senior than you in an organization. However, Koreans are generally quite understanding of the difficulty of their language for foreigners. Therefore, if you slip up with your honorifics, Koreans won’t mind.

Korea has a huge office culture and it is common for coworkers to drink together. Koreans, as well as other South-East Asians, believe drinking together helps to foster better work relationships. In fact, when someone doesn’t join, they can even be excluded from the work group further upstream. This is incredibly unfortunate for people who do not drink, which is more common abroad nowadays.

The go-to Korean alcohol is soju. Soju is incredibly cheap and sold at almost every convenience stores. While not as strong as western alcohols, you can get tipsy very easily. Koreans drink so often that it is common to see drunken individuals at bus stops, on the subway and in cafes, even before 8pm at night! Most recently, I saw a drunk man fall into a pile of trash by the roadside, before hitting the bonnet of a parked car…Never challenge a Korean to a drinking contest.

While Korea is by and large a safe place to live, it is one of the worst places in the world for camera crime. As a preventative measure, all Korean-made smartphones will make the shutter sound whenever taking photos, even on silent mode. The Korean government ordered that all phone manufacturers must equip their devices with shutter sounds of 65 decibels or more. This action aimed to deter perverted individuals taking up-skirt photos of women, especially on escalator.

Korea has so many things to do, and so much of it is inexpensive too! There are all-night restaraunts, cafes, arcades, karaoke rooms, PC-bangs, you name it! Furthermore, there’s almost always a festival or event going on, whether its celebrating a national holiday or the coming of cherry blossoms in spring.

In my home country, most houses are locked and opened with keys. In Korea, keys are a thing of the past. Most buildings and doors have keyless entry. This means all you have to do is remember a four-digit code. No more left stranded when you lose your keys! Most keypads are battery operated and, just like a smoke alarm, will beep to let you know it needs replacing.

The cost of living in South Korea is very cheap. Subway rides cost a dollar, eating out can be as cheap as as $4 and the spread of convenience stores makes it easy enough to get a cheap meal of instant noodles. Additionally, stores like daiso allow you buy a lot of home goods, stationery and kitchenware for only a little.

I thought spitting was bad in my home country, where even pregnant women are known to do it, but nothing could prepare me for public spitting in Korea. A LOT of people do it. What is most surprising is the sound they make. It sounds like they are drawing the spit from the depth of their soul. Be careful that you don’t step on spittle when you’re walking in the street!

In Korea, your public image is very important, from the clothes you wear to your general agreeability, especially when it comes to getting jobs. Therefore, Koreans tend to avoid conflict. If you work at a Korean company, you’ll have to pick your battles. If there is a problem, it is common for Koreans to brush it off instead of addressing it.

10. There aren’t many Trash Cans

There aren’t many trash cans on the streets in Korea. Reduction in public trash cans was brought in to encourage individual responsibility for the garbage they produced. Therefore, you should put your trash in prepaid bags ready for collection on the designated days in your area.

There are so many mountains in Korea. I often see Koreans, both young and old, dressed head to toe in hiking attire. Furthermore, they like to dress the part: backpacks, boots, hiking sticks, hats — it can be hellish finding space on the subway during good hiking weather!

Before moving to Korea, you may be inclined to pack a large bag of skincare and makeup. DON’T. South Korea is known for their quality and innovative skincare products. Also known as ‘K-Beauty’, you can enjoy refreshing sheet masks, a new eyeshadow pallette and a decadent moisturizer for less. In fact, makeup brands in the west are extortionately expensive in comparison. And probably not as good quality either.

If you’re a K-Pop or K-Drama fan, you’ll probably have noticed that some of the male stars wear makeup. It can be true of the average man as well. There are several men’s skin care lines, foundations and lipsticks designed for men. Additionally, perms are in fashion for men of all ages here. However, it is a myth that all Korean men wear makeup.

14. Personal Space is a foreign concept

Personal space is almost non-existent, especially on public transportation. During rush hour, everyone wants either to get home or to work, and if that means smooshing up against you, they won’t mind. Moreover, many young people are glued to their phones on the street and may come barging into you without looking.

Living in Korea, I’ve realised that people will ask you anything. This is something I really wish I had known before moving to Korea. As a young foreign woman, I have heard the following questions rather a lot…

“How old are you?” Really, again with this?
“When are you going back to your country?” Do you want to chase me?
“Do you have a boyfriend?” Why do you want to know that?…

While these questions may seem intrusive and rude, remember that it is a cultural difference. Most people are simply trying to find a way to connect with you. However, if you don’t want to answer a question, that’s okay!

You will almost certainly get asked where you’re from. That is, if they haven’t already assumed you’re from America. There are many Americans living in Korea, particularly near the army bases. In fact, Koreans seem to love American culture. They think the English language is far more stylish and pretty than written Hangul, so you’ll see a lot of it printed on shirts and bags. However, many of them have no idea what the words mean! I once saw a young boy with a cap that read “COCAINE.”

Think I missed anything? Check out Part II: >> Another 15 Things I Wish I Knew Before Moving to Korea << Or let me know your thoughts in the comments below!