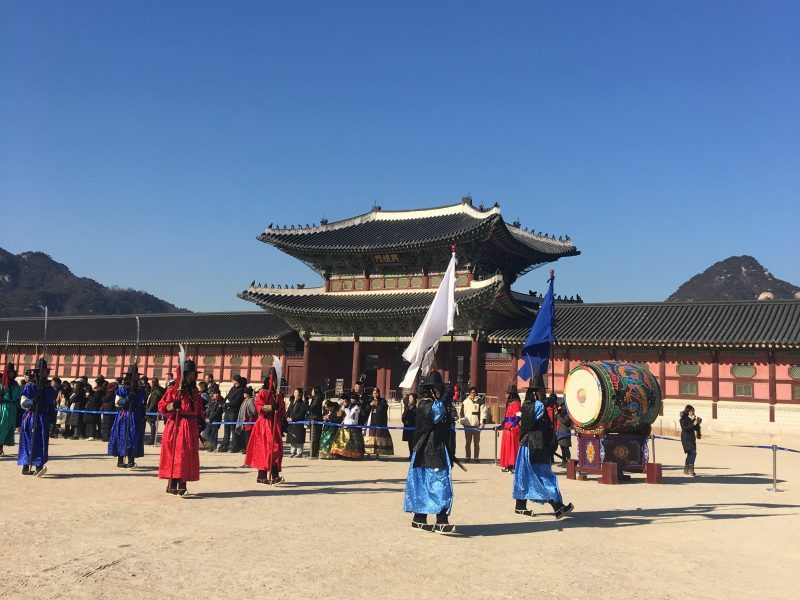 When we think of Korea, one of the first things that pop in our heads, is the rich culture. We would imagine their palaces, people in hanboks walking around, the hierarchy. This post will be dedicated to the top 3 traditional palaces in Seoul if you’re a fan of their history and culture. Some of these palaces are no strangers to Korean dramas too.

First on the list we have the Gyeongbokgung Palace. One of the main palaces in Korea and is the largest.

Fun fact, the Korean alphabet, Hangul was created by King Sejong (1418- 1450) in this very palace. King Sejong is the most respected figure in Korean history. His has made several contributions to the country. His interests in Science, art, law and technology plays a big part in Korea’s history and development.

The palace is built in 1395 under King Sejong’s orders during the Joseon Dynasty with it’s location strategically in the middle of Seoul.

Check out: Visit the creator of Hangul

The royal guard changing ceremony is held at 10 am and 2 pm everyday except Tuesdays. The ceremony represents the opening and closing of the palace gates with guards making sure the protection of the king during the Joseon Dynasty.

The palace is open everyday except Tuesdays. From 9am to 5 or 6.30pm.

It was built in 1405 as a secondary residence for kings and queens.

In the core of the palace is a secret garden Huwon, with a beautiful scenery.

It is said that Joseon Kings like to spend their time there fishing, writing poems, to get their minds of royalty matters for a few moments.

Changdeokgung Palace is in the UNESCO World Heritage List since 1997.

Walking around with nature in the palace will make you feel at ease with the tranquility.

The fee for is 3000 KRW for visitors age 19-64 years old. Free admission for 65 years and above. The secret garden requires an additional 8000KRW fees for the entrance for adults.

It is open everyday except Mondays. 9am – 5pm.

Here are numerous Hanbok stores, cafes and restaurants. It is located between the two palaces, Gyeongbokgung and Changdeokgung. The word Bukchon means North Village in Korean. It is an uphill walk towards village but it’s all worth it.

The village was once home to high ranking government officials, nobles and influencial families. However, it is still a residential area today. Therefore, you must keep in mind to keep it down and make sure to not accidentally enter anyone’s house whenever you’re visiting.

You can feel free to mix up the sequence of this 1 day 3 historical palaces course up to your wants! Or you could just follow it as it is. 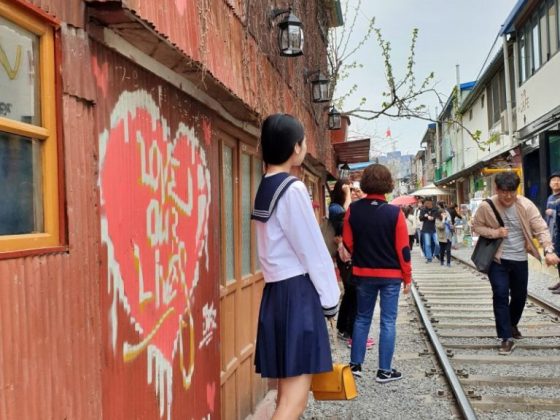 BACK IN TIME IN GUNSAN 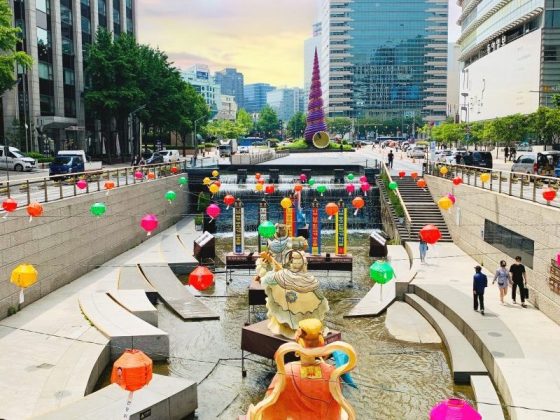 Cheonggyecheon Stream – An Oasis in Seoul